20 years of the Tarantino Archives 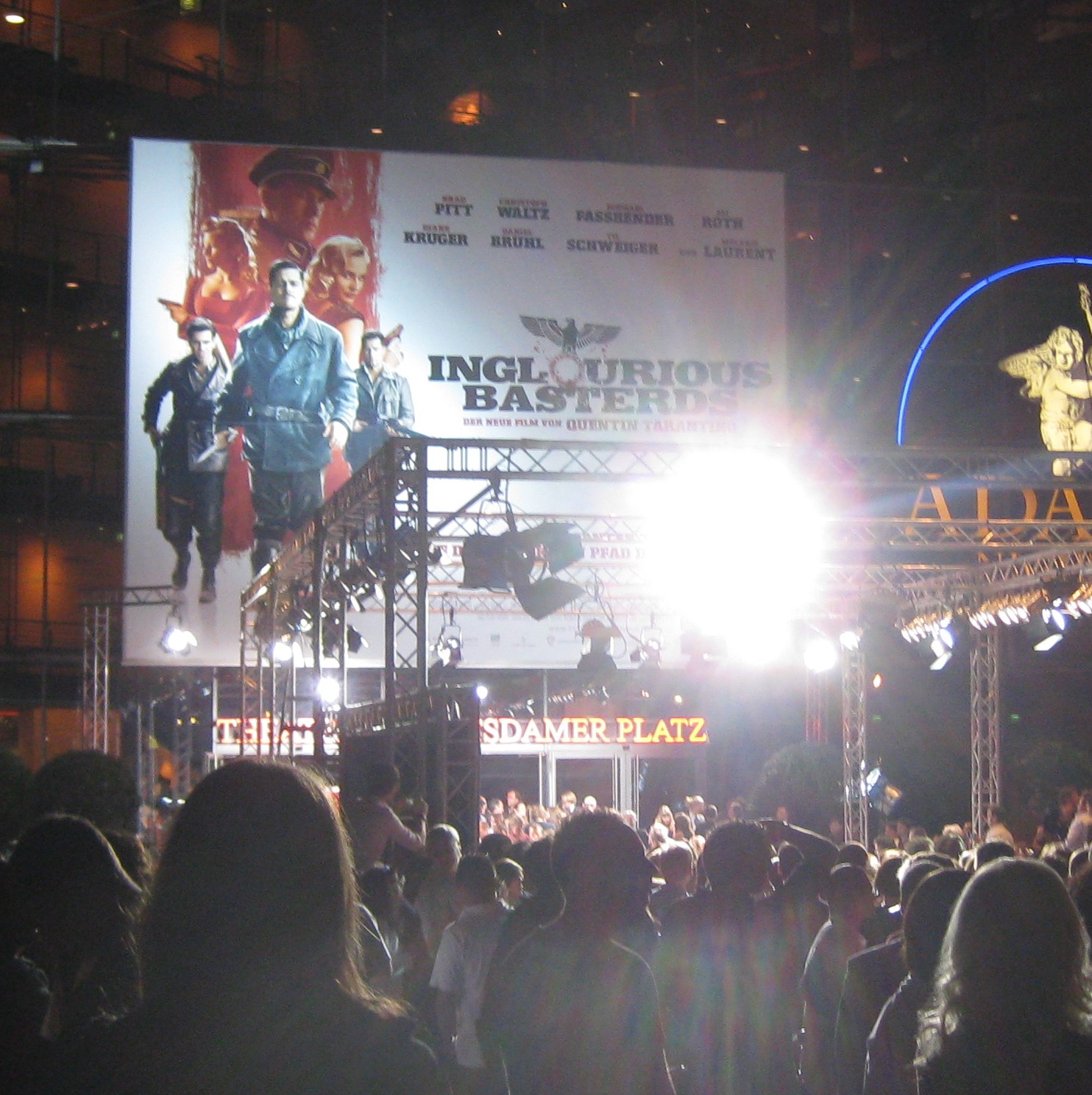 With the little time I find these days to write news article for The Quentin Tarantino Archives, it is easy to forget how long this site has actually been around. The majority of activity these days comes with quick cross-posts on Facebook and Twitter, something that takes just a few taps on the phone, whereas writing blog articles takes more time and thus happens on occasions as rare as this one (or when major news breaks, like this one). I do regularly update The Archives themselves, as much as I can, to keep information up to date. Our section on Once Upon a Time…in Hollywood boasts quite an extensive movie references section for example. So while you’re eating some Christmas leftovers and hopefully watching some good movies, I wanted to take the opportunity and look back at 20 years of Tarantino.info

The Quentin Tarantino Archives (in its early forms) was born approximately during Christmas of 1999. It evolved out of a high school project that I started during a time where I discovered Quentin’s movies, and over a few years it grew, for some reason or another because other Tarantino sites around the web fizzled out (possibly due to the longer “break” between Jackie Brown and Kill Bill). It grew from a static site to a news blog, added a wiki and forum at some point and has gone through countless relaunches and improvements, the last one was three years back with the Forum being relaunched on a technology platform fit for today’s requirements (but it hasn’t recovered in terms of activity – social media has irreparably eaten into distinct online communities). The purpose was always to provide information about Tarantino’s work, past and present, at your fingertips. As such, The Tarantino Archives has from the beginning prided itself in gathering all kinds of facts, links, pictures and other info on his entire filmography, while also covering current affairs and providing a space for fans around the globe to network.

Over the years, the Tarantino Archives has brought you early news like the first pictures on the internet from the sets of Inglourious Basterds, it has brought fans together from around the globe celebrating the arrival of the first Kill Bill teaser (remember that? How fucking exciting was that…wow), we brought you exclusive set reports from Inglourious Basterds, we took pictures for you from the (Berlin) red carpet premieres of almost every Tarantino movie since Death Proof and served up primers and early reviews written by fans for fans. Starting only 7 years into the existence of the website, we met Quentin a few times, for example the first time when I interviewed him before the release of Grindhouse, truly a highlight of my life, or when he handed us his official top 20 lists of spaghetti westerns and of grindhouse movies on the set of “Basterds” near Berlin (I got to hold the clapperboard but that shot wasn’t used in the movie, sorry folks). We interviewed almost all the cast of Grindhouse. Pete designed the t-shirt logo for the entire Basterds crew. I visited the New Bev at least twice over the last few years (I live on the other side of the globe, so forgive me) and shook hands and exchanged emails with so many great people in Q’s wider orbit over the years, I feel humbled in the utmost way. Just to mention a few highlights, I am probably forgetting some of the 20 years working on this site. One of the most bizarre events by the way was, when we almost broke Reddit with an april fool’s joke (no kidding), one of the cutest was being called a “Tarantinophile” by French newspaper Le Monde and “a cinephile as nerdy as Tarantino himself” by The Guardian.

It’s not always easy providing fans with what they yearn for, from a hobby project thousands of miles away from Hollywood, but even though the advent of social media has gnawed away the foundations of our original community, I am proud to be able to break news and share interesting content for the world of Quentin Tarantino fans whenever we can get our hands on them, be it here on the site itself, still serving up thousands of search engine requests and visits, or to our approximately a quarter of a million Facebook followers. We busted tons of rumors over the years, meaning we weren’t always the first to come out with news, as we often tried to verify and add to the story, to contexualize things for the fans. We also didn’t break some big news stories, because unlike a tabloid, we understand that a movie production follows a certain publicity practice and if we took information down, it was to avoid spoilers for example. We get tons of emails, private messages and social media reactions to this day, every day, that show one thing:
Quentin Tarantino’s movies excite, inspire and educate young and old fans from around the globe, everyone who understands the language of cinema. His work brings people together (minus those who can’t wrap their heads around his filmmaking, poor them), enlightens the hearts and minds of film geeks and is a welcome change from the usual roster of the big studios’ normal output.

If you’re reading this, know that you’re the reason The Quentin Tarantino Archives is still around (that and because of help from great friends near and far). It’s the website Quentin reads (at least we hope he still does), it’s your one and only source of all things Tarantino (there are corners of The Archive even I forgot existed), it’s got many years of discussions in the forums, it’s a trusted rumor buster and most of all – hopefully – your main go to site to learn about Tarantino and his work, which has inspired so many and continues to do so: QT has always represented a love for all kinds of cinema: the classics, the exploitation goodies, the international cult films, the spaghetti westerns. His is an auteur cinema by a real auteur, proud of the roots and classics that came before him and speaking a cinematic language that – despite all the comic book and superhero crap out there these days- fills theaters with a unique voice. An auteur who lands blockbusters. I must have watched Once Upon a Time … in Hollywood almost ten times, and the geek inside me jumps in joy every time I spot a new pop culture reference.

Lastly, the QTA is also the launchpad for a number of other websites we launched over the years. The Spaghetti Western Database (SWDb) was born in 2004 and has evolved into the most successful, internationally renowned and active encyclopedia, community and magazine on the European western. It’s the project I am most proud of and that continues to grow in quality and quantitiy as the genre keeps its ascent of re-discovery. Hot on its heels and started only shortly after (2007), The Grindhouse Cinema Database (GCDb), originally launched as “The Deuce”, my long term partner in crime Pete’s and my project to replicate that formula with a slightly different direction, that of serving up information and reviews and opinion on the classic cult and international grindhouse and exploitation films, an encyclopedia of the wild and exciting. It’s like the rabbit hole of cinematic sleaze and cream. And lastly, because we always sought after a place to blog about films we like that didn’t fit the above categories, Furious Cinema and Nischenkino were born, where a small handful of cool people keep writing about awesome movies (FC is in English, NK in German), spreading the gospel of exciting cinema, and thus, following in the footsteps of none other than Quentin Tarantino, whose movies keep opening our eyes to titles and genres long forgotten and tragically overlooked. These sites keep flourishing and your feedback has kept us going strong. Lastly, there’s always been a side project now called The Robert Rodriguez Archives and I wish I had more time to make more of that (volunteers pleease get in touch)

A trip down memory lane:

It is, in hindsight and all other aspects aside, this aspect, that draws me the most to Tarantino’s work and has kept this project going: No other director working today has opened my eyes so much to cinema, old and new. No other has left such a mark on the community of film lovers, and their quests to discover and broaden their canons. It has brought me hours, days, months of joy discovering movies that in some form or another directly or indirectly impacted Quentin’s work, and through the websites above, educated other about them, connected experts and beginners alike. To this day for example, the Kill Bill references guide is the most popular and (until recently) best ranked content we have from Google’s perspective. And that’s for a reason: Tarantino’s movies are like a window into the Tarantinoverse, an alternate reality full of drive-in movie theaters, grindhouses and basement screening rooms. Watching a Tarantino movie is a joy on many levels, the immediate entertainment and delight of the film itself just being the first, but once you’ve eaten that bit of cinematic candy, there are other levels of sweet and sour discovery, exploring the cultural quotes and citations, following up on the inspirations and references, piecing together the mosaic that forms the cinematic knowledge in Tarantino’s head that gives birth to his many ideas, story and characters. Over time, a true Tarantino fan becomes something of a disciple: the imaginary intern at the Manhattan Beach Video Archives, ever trying to catch up with the team’s knowledge of films, slowly but eagerly working on filling all the gaps. I catch myself diligently crossing off titles from my lists, shopping for latest restorations of classics, importing hard to get films and doing theme months (like this year’s ultra successful #SpagvemberFest courtesy of the SWDb and the #Deucember which the GCDb has made really popular – we are now entering #Japanuary by the way, for those keeping count).

The Quentin Tarantino Archives is entering that age where it’s about to be able to legally drink in the United States. If it were a person, it would probably drink Chartreuse, a liquor so good, they named a color after it. It would probably eat apple pie after watching a Sonny Chiba triple feature at the New Bev, eat Fruit Brute cereal for breakfast and take a detour on its way to work to pick up a Big Kahuna burger.

20 years of The Quentin Tarantino Archives means – hopefully – having done my part in bringing as much of the aforementioned aspects of Quentin’s work to a lot of people like myself, young and old, newcomers and veterans. Whether you’re just a teenager now rediscovering Reservoir Dogs or a retiree remembering the movies that inspired Quentin because you saw them in theaters. We have a tremendous lot to thank Quentin for, who is releasing his novel next year. He has recently started a family, and we hope that he keeps enlightening us with his voice and vision in cinema for many more years to come, both on screen, and off screen.

I thank all the readers of The Tarantino Archives for sticking with us over the years, I thank everyone who has made this website and its sister projects possible and those who read us, share our articles, spread the word and thus everyone who is a small part in the global community of cineastes, emissaries of great flix, so to speak, the Tarantinophiles and Cinephiles. And lastly, we thank Quentin J. Tarantino, because…he’s the man.

Leaves us your anniversary wishes in the comments below. Some special thanks go out to Pete, Marc, Claudia, Bob, Mike and everyone else – you know who you are.