Exclusive: The launch of The Robert Rodriguez Archives

First of, it is not actually a launch, but a re-launch. For over a decade, we were running “Pistolero – The Robert Rodriguez Fansite” as a side-project. Not for lack of motivation, but simply a lack of time and resources, I was never really able to turn that website into what it really should be. I am however happy to announce that after a couple of weeks of work, we are now officially relaunching that website as The Robert Rodriguez Archives. Eight years after meeting Robert Rodriguez in person before the launch of Grindhouse, I can now finally deliver on a fan site dedicated to his body of work that is worthy of the name. 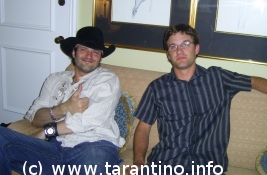 When I started The Quentin Tarantino Archives, there were a few websites out there dedicated to Robert’s movies, but just as with fansites on Tarantino’s work, many of them died away. There was one Russian fansite on Robert’s work that I was in close contact with, but at some point it disappeared and I never heard from the girl again that ran it, unfortunately. Robert Rodriguez is not only a gifted filmmaker, but he is also a chef, musician, writer and most of all an entrepreneur and innovator. He launched his own film studio and cable channel, works with tech companies and universities, and has shaken up the industry more than once, most people don’t even know it. With The Robert Rodriguez Archives I want to provide people with a broader vision of “the Rebel without a crew”, concentrating not just on his directorial efforts, but his body of work at large. 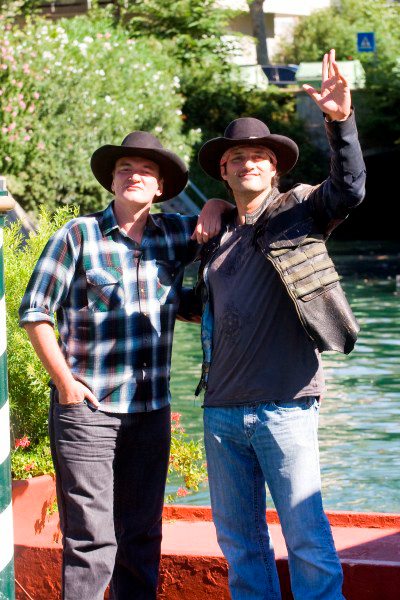 As with all fan websites, and it being a hobby, it will always be a work in progress, and the industry being the industry, a lot of the content we rely on will be scavenged from the web, be they pictures or YouTube clips. I sincerely hope that over time the site will become a first stop for fans and students of his films and work, providing fans from around the globe with a glimpse into this legacy and vision in order to preserve a lot of the knowledge on his films and work that is out there. Quite similar to The Quentin Tarantino Archives, The Robert Rodriguez Archives understands itself more as a museum and “archive” than a journalistic news outlet.

In short, we hope you enjoy it, and we hope that once Robert stumbles across it, he will also dig its ambition. I am a great admirer of his energy, maverick spirit and progressive thinking on filmmaking and I hope that with The Robert Rodriguez Archives I can make a decent contribution to his fan community.

Everybody be cool! Go visit www.robert-rodriguez.info