Yesterday it was finally upon us: the official teaser trailer for The Hateful Eight got unleashed upon the world wide web (bits of it were shown earlier on Entertainment Today), after they released two out of a few more character posters as well (click here to see those). Quentin Tarantino‘s full 70mm glory western will see a limited release in the US on christmas day and a wide release worldwide in January (in 70mm only were available, in most places probably only DCP, maybe some 35mm. Berlin for example has one, maybe two theaters that even have a 70mm projector).

Without further ado (but please do scroll down further after watching it – switch to 1080p in the quality setting and make it full size!), here is the teaser trailer:

The friends over at cinemavine.com were nice enough to take some hi-res screenshots from the trailer (see them all here), but a small selection is this: 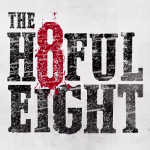 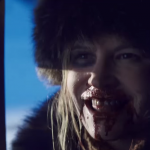 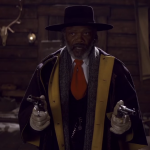 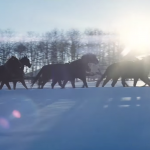 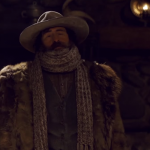 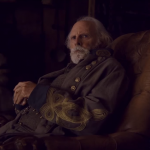 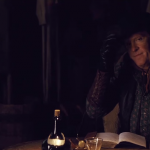 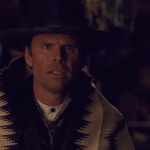 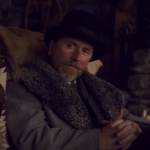 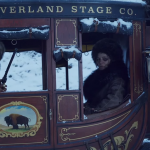 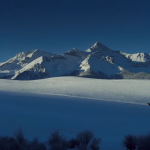 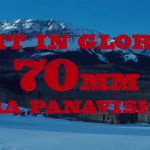 Wondering about the music in the trailer?

BlakRoc – Aint nothing like you (in an accoustic version) [Amazon.com]

The whistling at the end is an excerpt from the title track of the spaghetti western “Sfida a Rio Bravo” (click here to learn more about this movie at the SWDB). Here is a YouTube clip to listen to it:

People in the trailer:

The dude with the nice sunglasses commandeering the stage coach is played by James Parks. A bit after minute 1, the people entering the haberdashery, the person on the very right is Channing Tatum. In the beginning, Sam Jackson is sitting on a few frozen corpses. Look closely, we think one of them might be Keith Jefferson.