Quentin Tarantino conquered San Diego Comic Con this week, and as so often when he does, the whole world is excited afterwards. Before I get to where he confirmed that he’ll start shooting The Hateful Eight next year, let me say, the original reason he went to Comic Con, was indeed… comics – or graphic novels (sometimes I think it is hard to draw the line). 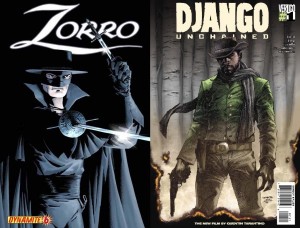 A few weeks ago it was announced that Quentin would team up with writer Matt Wagner and Django Unchained producer Reginald Hudlin to do a Django / Zorro crossover comic sequel/prequel at Diamond comics. At SDCC they all came together at Diamond’s 10th anniversary panel (see press release), to talk about the book that will be released this November 2014:

Regarding the Django / Zorro crossover, Tarantino says, “I’m very, very excited about both this story and the opportunity to work with Matt.  It was reading his Zorro stories that convinced me what a good idea it was to join these two icons together.  The story idea we came up with is thrilling, and I think it will be an exciting new chapter for both characters.”

For further reading, I also suggest this interview with Matt Wagner: LINK

Now, another exciting news is that Quentin, asked at the panel, hinted at the possibility of a limited engagement release of Kill Bill: The Whole Bloody Affair sometime next week. Why this hasn’t hit BluRay years ago is beyond most people, but any good news in this direction is great news. QT also hinted at eventually wanting to do a SciFi flick (Earthbound style), in the future. Which makes us very happy.

So if you’re still not excited, Quentin came out and said that yes, he will do The Hateful Eight next (in Super Cinemascope of course), confirming indications that they’ll start shooting it in early 2015. And not to be outdone, Weinsteins put out a full page ad in Empire Magazine (page 9 in tomorrow’s issue), which (aside from the script reading artwork) can be considered the first official artwork for the movie: 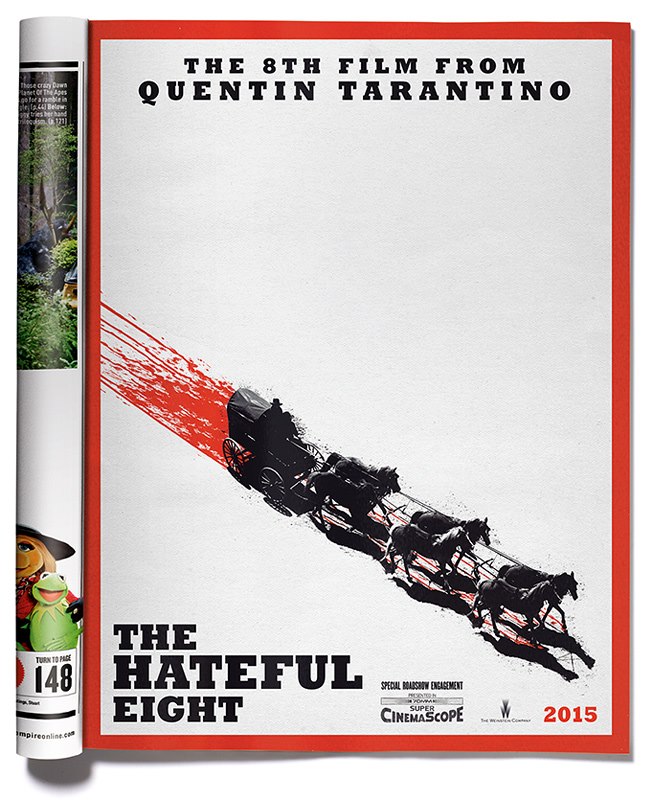 In other news, Quentin and a few other directors teamed up with their studios to buy a guaranteed amount of stock film from Kodak, to save film production on 35mm (link). As always, follow us on the social media channels to get early updates on all Tarantino news.