News out of Hollywood today tells us that things are getting real. Very real. It has been confirmed that The Hateful Eight starts shooting this coming January, with a release date for fall 2015 set by The Weinstein Company, who will be distributing the film (at least in the US, no word yet on international distribution partnerships, Inglourious Basterds was a cooperation with Universal Pictures, Django Unchained with Sony Pictures). After a rocky start (a script leak, a court case) and a reportedly amazing live script reading, it is great to see Quentin Tarantino‘s post-civil war western move ahead.

“We are incredibly excited to begin production on The Hateful Eight, as we know this picture will be as innovative, brash and of course fun as all Quentin projects prior. There is, quite simply, no other filmmaker like him, and we are as proud as ever to continue this partnership that started over 20 years ago.”

The brothers will executive produce the film along with G. Mac Brown (Public Enemies, The Departed). Producers will be Richard Gladstein, Stacey Sher and Shannon McIntosh. It has been previously reported (and it is known from the script) that the movie will be shot on 70mm, making The Hateful Eight the widest 70mm release in over 20 years. To accommodate the majority of movie theaters, there will also be DCP and 35mm versions. More after the picture… 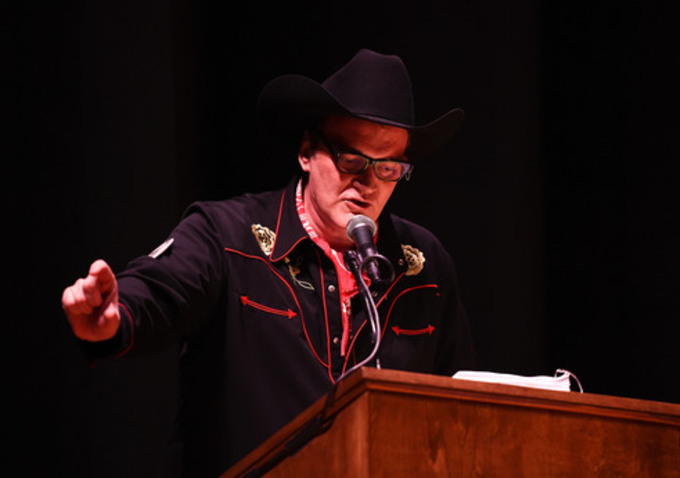 The characters are as follows (from the script and the teaser trailer that played with Sin City: A Dame to Kill For):