The Hateful Eight posters go on sale – for a good cause

For those few lucky Basterds and Bastardettes who got to attend the world premiere of Quentin Tarantino’s The Hateful Eight – as a live script reading with a cast rarely seen assembled in such way – but also for everyone else, I have good news. Now on sale for a good cause are The Hateful Eight posters from the live reading. These are fairly limited, and all proceeds go towards Film Independent, a non-profit that produces the LA Film Festival and the Independent Spirit Awards. If you want to be the proud owner of one of these bad boys, head over to their site right now and place and order (I just ordered mine). It also ships internationally, so no matter where you call it home, make sure to create some free space on a wall in your place, because this one’s a winner. If you order one of these Hateful Eight posters, make sure to send us a picture of how it graces your walls. 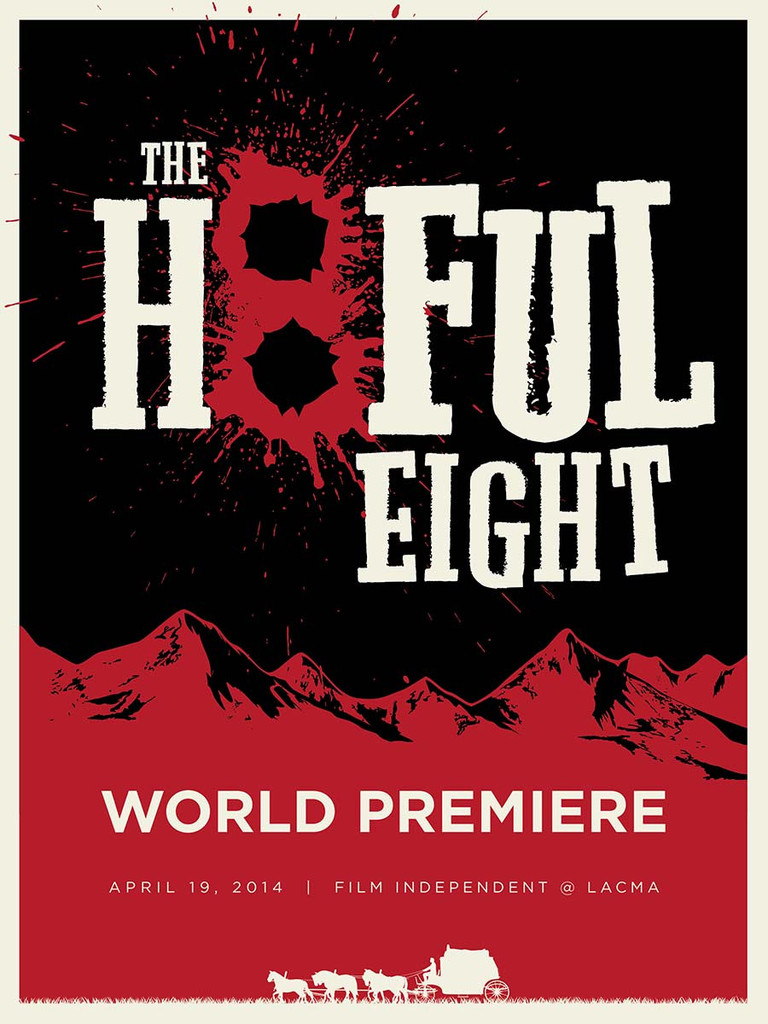 Click here to order The Hateful Eight posters
You should read the following reports of the script reading to get the full picture:

In the meantime, the legal case surrounding the leaked script continues, as Deadline reports. We’re not covering those developments too much, as the intricacies of US copyright law (which dates to 1971) are a rather tedious affair.

There is another good cause that you can contribute to these days. The Spaghetti Western Database – Quentin’s favorite website – is holding a small fundraiser to finance a larger redesign and improvements to its website. Click here to head to the fundraiser page and chip in with a few dollars to make it happen!