Quentin Tarantino came on Jay Leno’s Tonight Show yesterday, and not only did he introduce the super cool graphic novel that tells the entire story of Django Unchained, and not only did he try food and talk about him about his very first appearance on the show decades ago, no. We’ve already posted this on Facebook and Twitter earlier today as the story broke, he also mentioned what his next movie might be about. Big news, big news. So after you’ve caught your breath, go back in and chill them niggaz out, wait for the cavalry.. no, just kidding. After you’ve caught your breath, here’s what information emerged:

Always take that with a pinch of salt, this is way to early in the “Tarantino mentions what he’s doing next” process to nail the maestro down on it, but he was unusually clear about it, so you might consider this to be really solid news. Drew at Hitfix has a few thoughts of what it could be, anything from a movie taking place in Australia, to a John Brown picture to – who knows – 40 Lashes Less One.

Find a few pictures of him on the show below, all courtesy of NBCUniversal, and here are the links to some YouTube clips from the show’s episode. You can watch the entire episode on the Tonight Show website only if you’re accessing the internet from within the US, as the nationalists from their licensing department have shut the rest of the world out: www.nbc.com/the-tonight-show/video/

Clip one: Quentin and Jay talking about how it was when Quentin first came on in 92 to promote Reservoir Dogs

Clip two: Quentin talking about the graphic novel telling the entire story of Django Unchained and revealing what he is working on next, and how is work process looks like, and his coffee mug collection.

Clip three: Oh my… Quentin trying food! And not only that, he’s drinking moonshine on television! 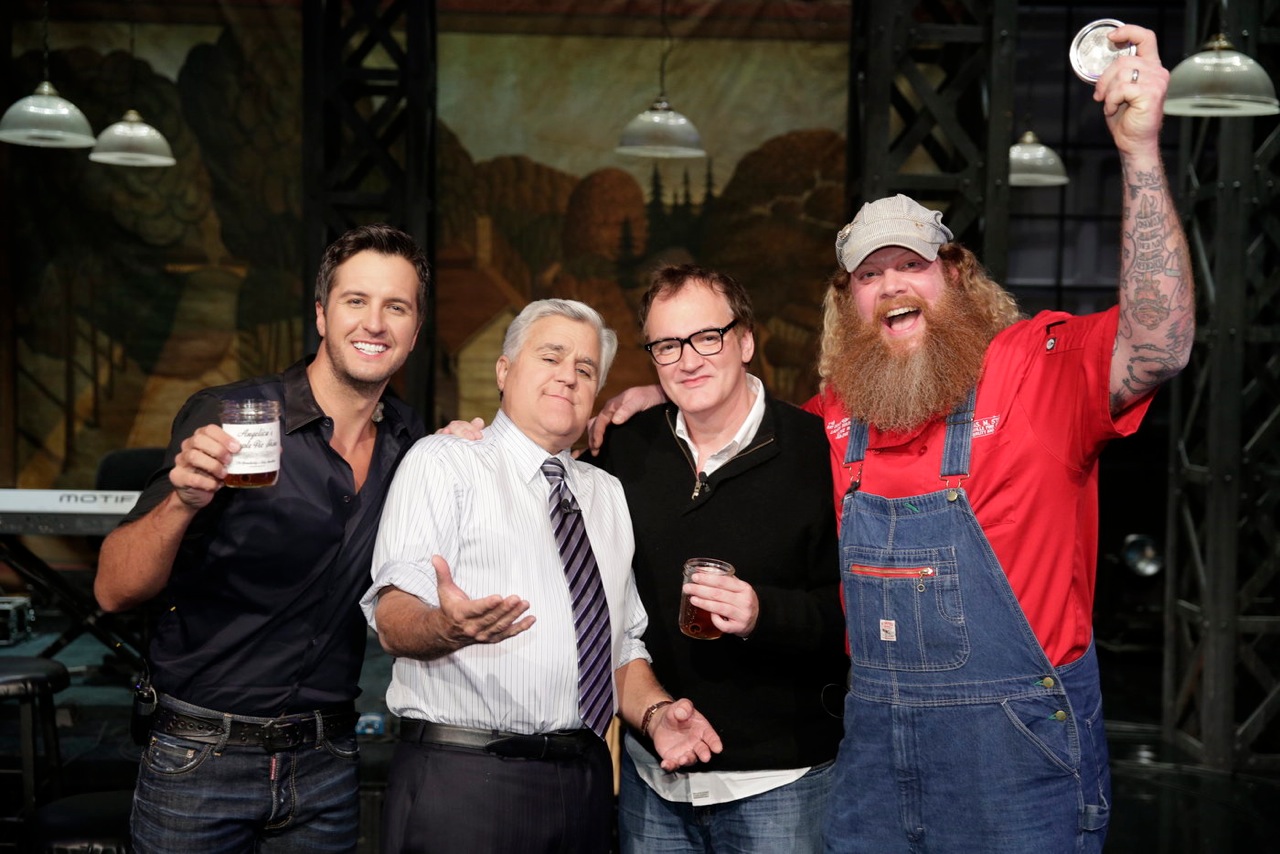 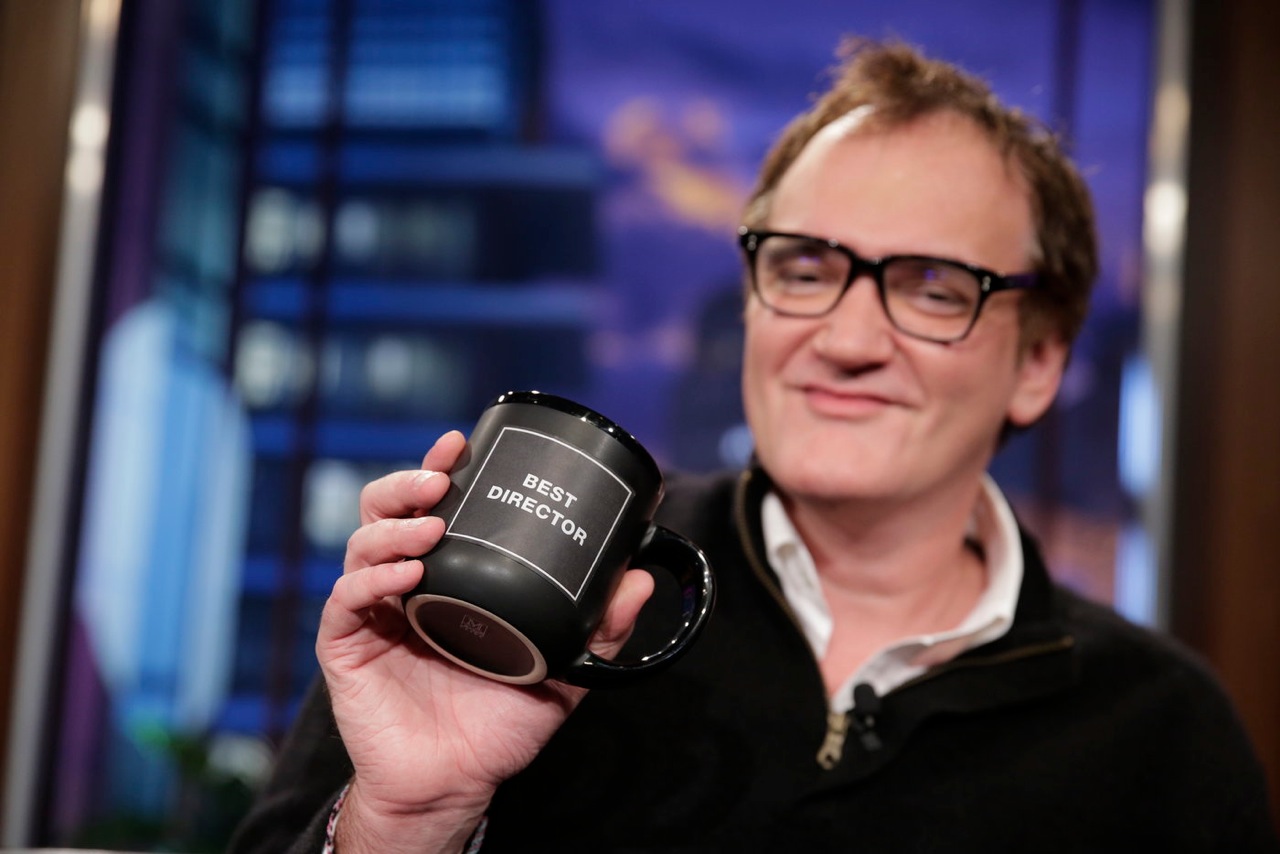 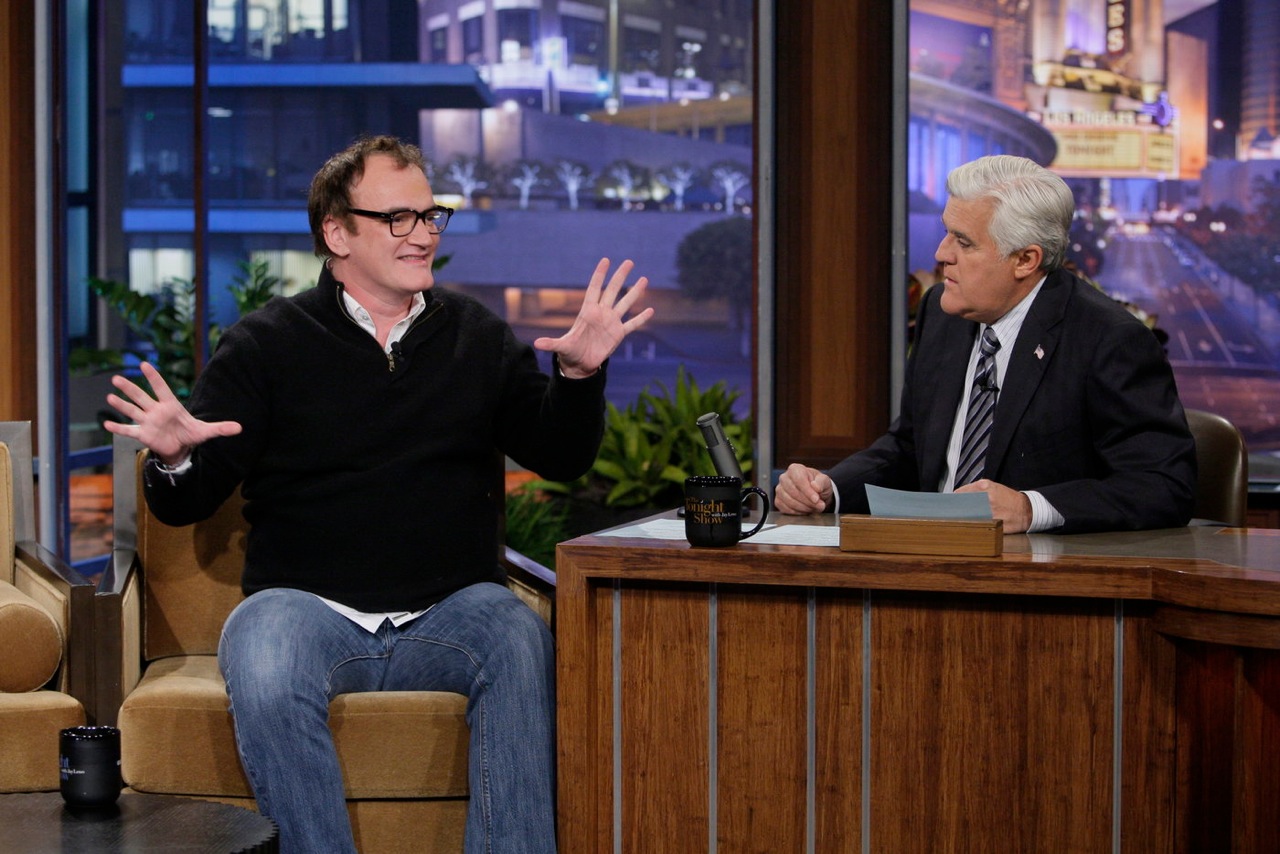 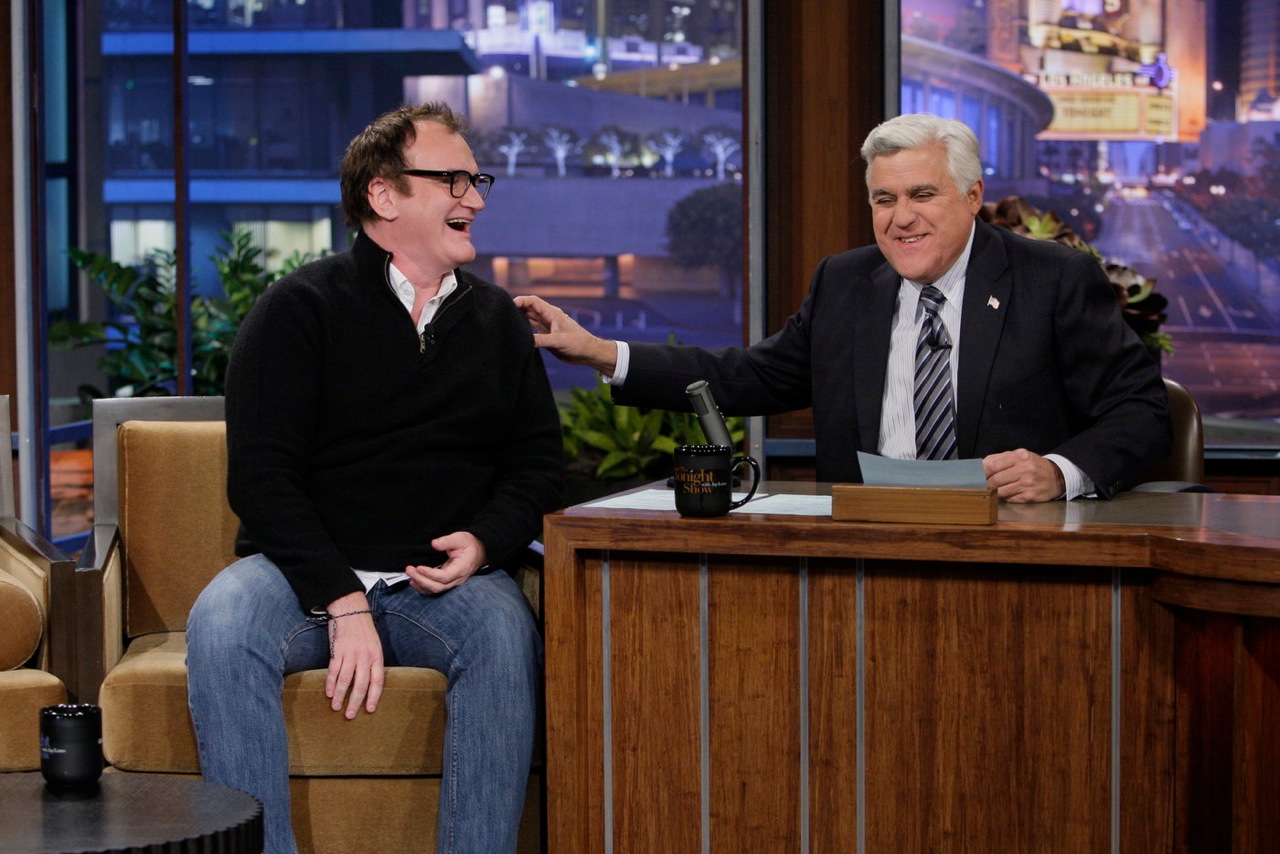 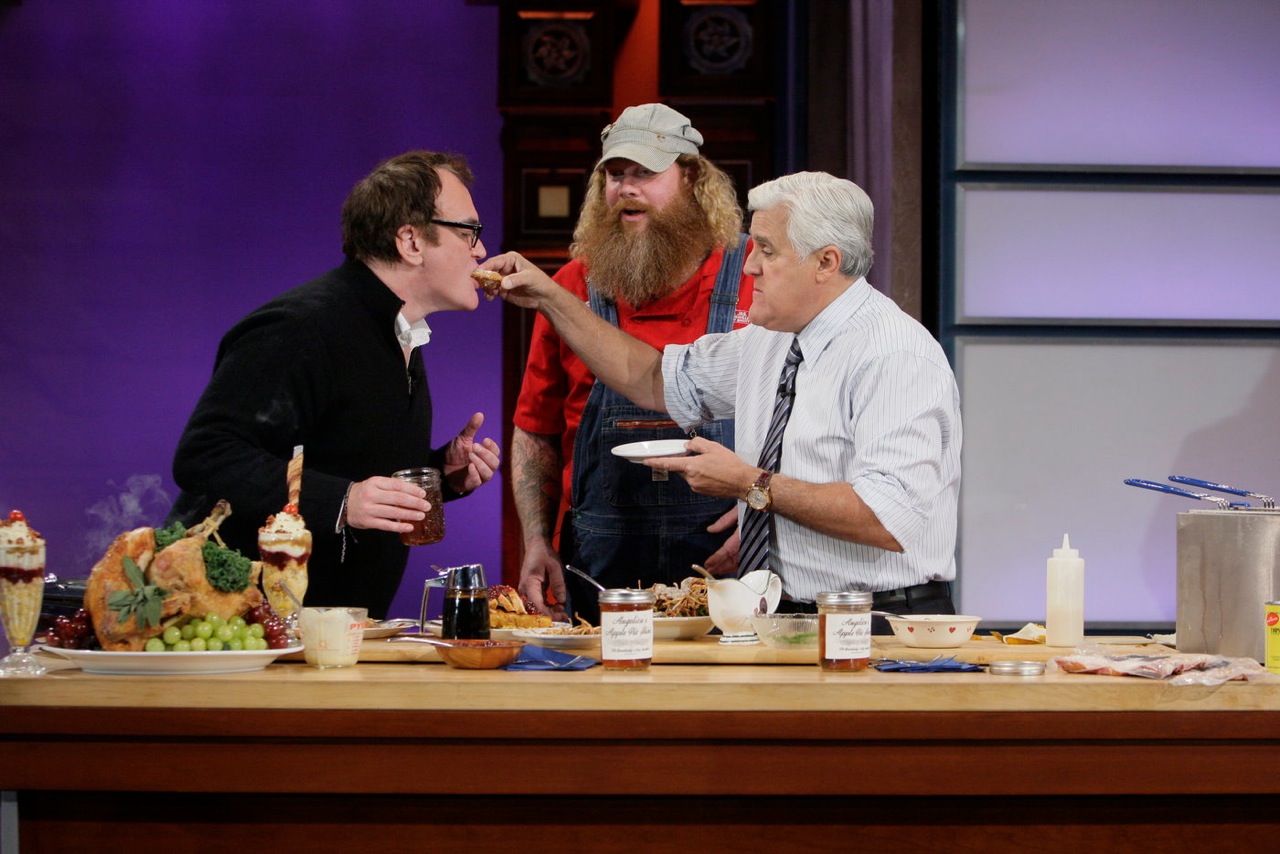