Once Upon a Time in Hollywood news round-up for June 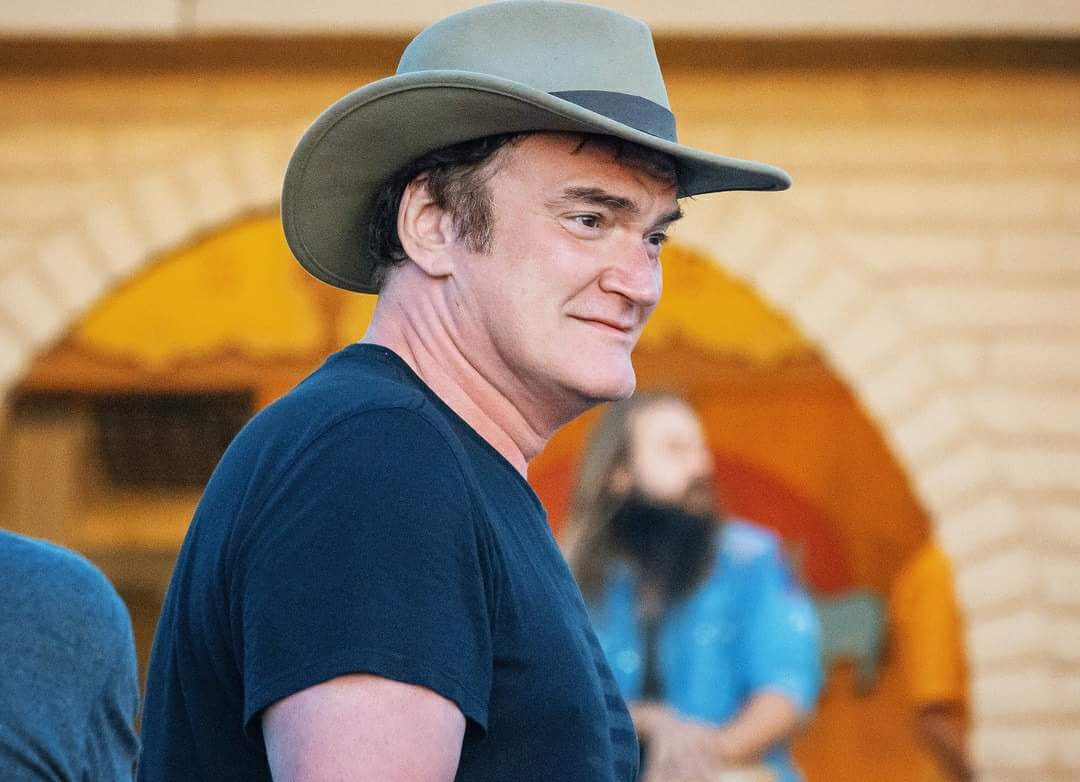 Quentin Tarantino‘s movie is shaping up nicely. If you’ve been following this website the old-fashioned way, we apologize. Busy with real-world stuff (this is just a hobby after all) and our sister sites, we usually post news and gossip to the Tarantino Archives Forums (which you should join!) and our social media channels. However, with the first half of the year coming to an end, we’ll give you the skinny on what’s shaking. Once Upon a Time in Hollywood (don’t you just love the title? we do!) is already shooting, and there’s lots of casting news and behind-the-scenes pictures and videos already floating around. The following is a summary of the most important stuff. As always, bookmark our archive page for OUATIH, where we keep all the facts, minus the gossip, on the movie. Do sign up for our forums!

When is it coming out? Who’s making it?

It’s aiming for an August 2019 release. Possibly world-wide, as Sony Pictures is the studio backing this endeavor, after Quentin parted ways with The Weinstein Company, who handled production and domestic distribution of his last few movies. The production company is Quentin’s L. Driver Productions, which might sound familiar to you because that’s the LLC used to produce Kill Bill, and Heyday Films. Joining Quentin as producers are David Heyman (Heyday Films), Georgia Kacandes and the great Shannon McIntosh. Responsible for the look is grandmaster Bob Richardson, of course on real film with Panavision gear. Another bunch of regulars you’ll recognize in the production credits, such as Fred Raskin (editor), William Clark (associate producer), Mark Ulano (sound), Heba Thorisdottir (Makeup) and Andrew Cooper (still photography). The whole cast and crew is slowly emerging, I bet not everything you read on IMDb is official at this point, but it is shaping up impressively!

What is it about?

Once Upon a Time in Hollywood is “a story that takes place in Los Angeles in 1969, at the height of hippy Hollywood. The two lead characters are Rick Dalton (Leonardo DiCaprio), former star of a western TV series, and his longtime stunt double Cliff Booth (Brad Pitt). Both are struggling to make it in a Hollywood they don’t recognize anymore. But Rick has a very famous next-door neighbor…Sharon Tate.” (more)

For those who paid attention, this is not a “Manson movie”, and nobody ever really said it would be. The fact that the Manson murders might play a role in the context of the story (Roman Polanski‘s then-wife Sharon Tate, played by Margot Robbie, was murdered by the Mansons), is just one of many interesting historical backdrops for this. Another, as ShootThisNow Podcast recently talked about, is Bruce Lee (who trained both Polanski as well as Tate, and also of course Steve McQueen, who’ll be played by Damian Lewis in the film). Movie nerds will of course find the plot eerily familiar. After all, QT is a huge spaghetti western and European cinema buff, and the 60s were of course a time where many an American TV actor or stuntman would be tired of the studio system and jump the big pond for success in the booming European film marked – and like Clint Eastwood maybe become an international superstar. As far back as 2016 by the way, Tarantino talked about this movie, researching the era and diving into Hollywood’s wild past. This is also the first time since his early movies that he’s shooting in his own neighborhood (Tarantino lives in the Hollywood hills).

Here’s a first look at the main characters. Brad Pitt as Cliff Booth and Leo Di Caprio as Rick Dalton.

Who’s in the movie?

Helming the movie are Leonardo DiCaprio (Django Unchained) and Brad Pitt (Inglourious Basterds). But wait, it gets better. On board are – for the first time teaming up with Tarantino – Al Pacino, Timothy Olyphant, Scoot McNeary, Dakota Fanning, James Marsden, Emile Hirsch and Margot Robbie. As for other Tarantino veterans, there is Michael Madsen, Keith Jefferson and Kurt Russel. (read more) 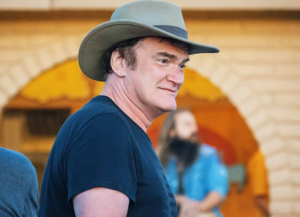 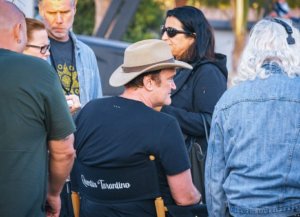 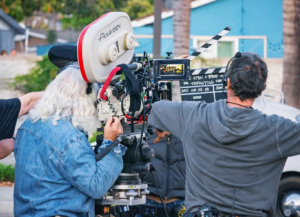 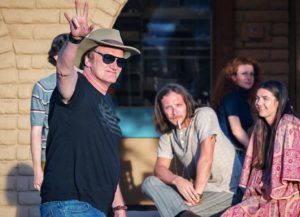 Source: These pictures were found at this Fan Page, which keeps adding pictures snapped at the set, you could bookmark it.

More pictures and set videos are continuously posted in our forum topic, check it out and subscribe to it. More facts about Once Upon a Time in Hollywood is being added to our Archives page, bookmark it as well!