Tarantino: A History of Revenge 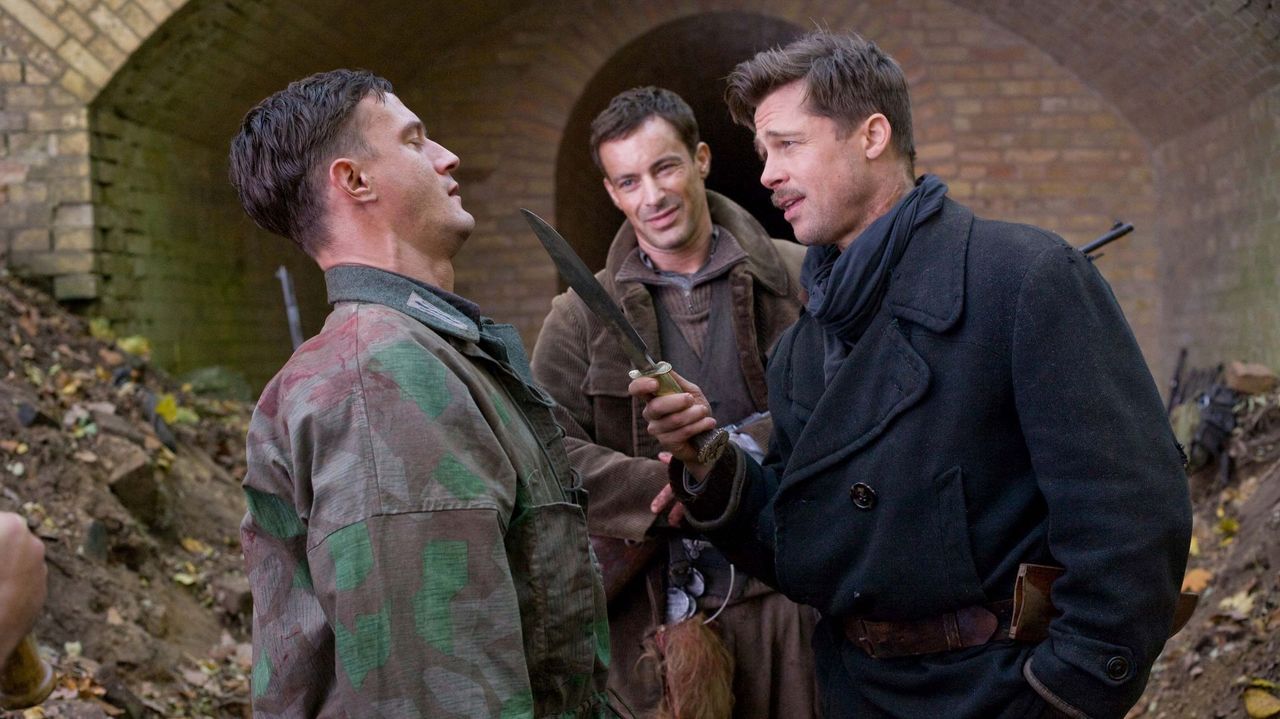 From the first westerns (The Life of Buffalo Bill in 1915) to the most recent of Aleandro Iñárritu’s movies (The Revenant in 2015), Revenge is a central topic in the history of cinema. Tarantino, over the last decades, made a major contribution to this theme, especially the status of the tormentor-victim relationship, and how this relationship can be reversed. Tarantino has covered the revenge of the jews (Inglourious Basterds), of women (Jackie Brown, Kill Bill), of slaves (Django Unchained), of gangsters (Pulp Fiction, Reservoir Dogs) and even considers “revenge movies” as a film style in itself, as once mentioned in an interview.

We even can use revenge as the point of departure (and arrival) of all his films:

If revenge is common in the history of cinema, the treatment of the subject in Tarantino’s work is innovative: from this point of view, the genius of Tarantino is to dissociate the questions of justice and revenge. The desire for revenge is an abominable thing, according to traditional religious values.

“Beloved, never avenge yourselves, but leave it to the wrath of God, for it is written, Vengeance is mine, I will repay, says the Lord.” (Romans 12:19)

The question that stirs Tarantino is the following: how to make revenge movies by stripping them of a principle of justice that would justify the avenger? What is this feeling of revenge when it can no longer be exercised in the name of justice? In Inglorious Basterds, Jews kill Hitler. There is something disgusting, as if it solves anything to rewrite the history. The film separates the present from itself: we thus look at a story that did not happen, and if it had occurred, we would have made different.

Tarantino’s works consist of a brilliant inverse of the values. In Django Unchained, the Hegelian master/slave dialectic is pervasive: Siegfried, of German origin, transmits his role as bounty hunter to Django, a black slave, and empowers him. We see reversed all the assumptions about the German people we have since the Second World War. It is a cathartic film that reverses the assumptions.

There is a scrambling of the codes, a frankness of any kind of hierarchy. He returns to a certain American cinema which, as in Day of the Outlaw, breaks the codes without being yet foolish. It renews a number of great mythologies, including the German ones.

The story is written only by the winners, and the cinema of Tarantino allows those who do not have the word to finally take it.

Jules’ famous speech, from the Bible, in Pulp Fiction could be misinterpreted:

“The path of the righteous man is beset on all sides by the inequities of the selfish and the tyranny of evil men. Blessed is he who, in the name of charity and good will, shepherds the weak through the valley of the darkness. For he is truly his brother’s keeper and the finder of lost children. And I will strike down upon thee with great vengeance and furious anger those who attempt to poison and destroy my brothers. And you will know I am the Lord when I lay my vengeance upon you.” I been sayin’ that shit for years. And if you ever heard it, it meant your ass. I never really questioned what it meant. I thought it was just a cold-blooded thing to say to a motherfucker before you popped a cap in his ass. But I saw some shit this mornin’ made me think twice. Now I’m thinkin’: it could mean you’re the evil man. And I’m the righteous man. And Mr. .45 here, he’s the shepherd protecting my righteous ass in the valley of darkness. Or it could be you’re the righteous man and I’m the shepherd and it’s the world that’s evil and selfish. I’d like that. But that shit ain’t the truth. The truth is you’re the weak. And I’m the tyranny of evil men. But I’m tryin, Ringo. I’m tryin’ real hard to be the shepherd. he became the shepherd instead of the vengeance.”

Through Jules, Tarantino exposes a vision where revenge is never divine, but human. God, here, is only a decorum, a staging. Tarantino’s characters are pure will, they decide to act without any external cause (divine or social). Revenge is what remains possible when justice is gone. Revenge is the result of the nihilism.

In the end, Tarantino describes a world where the weak can become strong and the innocent, criminal; but no wicked ever seizes the chance to reconnect with his potential goodness. There is definitely no lesson to be learned from our mistakes, nor a possible redemption for humanity when it plays its own perdition. This is how revenge and violence become the only avatars of the absence of justice. But it is necessary to recall the lesson that Socrates gave us by drinking poison hemlock: better is a failing justice, but a justice, rather than a world based on personal justice.

This guest article is a follow-up to Julien’s look at Pulp Fiction. If you are interested in philosophy, we suggest you check out the book “Quentin Tarantino and Philosophy”.

Julien is the editor of la-philosophie.com, the leading French philosophy website