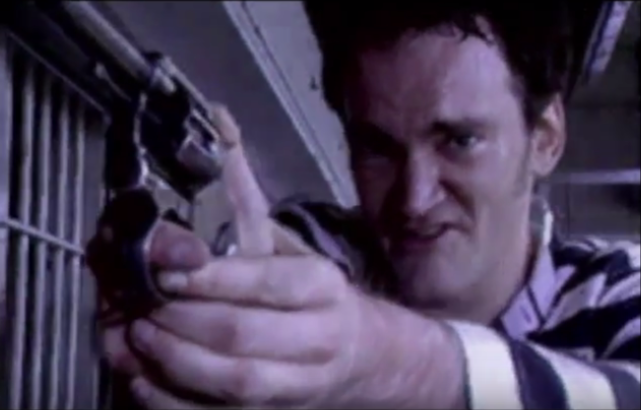 We are continuing with a new episode of our series of rare episodes in QT’s career. In 1996, fresh off the success of Pulp Fiction, Desperado, From Dusk Till Dawn, Quentin Tarantino had a cameo in what was then a popular type of home entertainment: live action computer games (interactive games with live action video sequences). I have never played Steven Spielberg‘s Director’s Chair, and I doubt you could still hunt it down and run it, but for any Tarantino fan, this clip is of course a must-see, and I think it’s even pretty damn good (watch it while it’s on YouTube):

I thought it was a cool little cameo, I think his character name is Jack Cavello, and it is a Mexican stand-off situation that should not look too alien to a lot of folks. Next time I meet QT, I will ask him about this

thanks to the AVClub for digging up the video.