Originally called “21 years” (similar to her film about Linklater), director Tara Wood‘s authorized Quentin Tarantino documentary QT8: The First Eight will (finally) arrive in 800 U.S. theaters (and shortly after digital channels) this October 21st. The documentary features interviews about the life and works of Tarantino with contributions from such stars as Sam Jackson, Jamie Fox, Kurt Russell, Michael Madsen, Tim Roth and many many more.

“Quentin’s filmography is on its own incomparable level.  His films inspire, provoke and challenge us individually and as a society to the utmost extremes, all stemming from his passion for people and continuous exploration of the human condition.” – Woods

We’ll bring you more about this documentary as the release approaches. Check out the short teaser above.

There’s a great excerpt from the documentary over at EW.com

Tickets can be purchased at FathomEvents.com 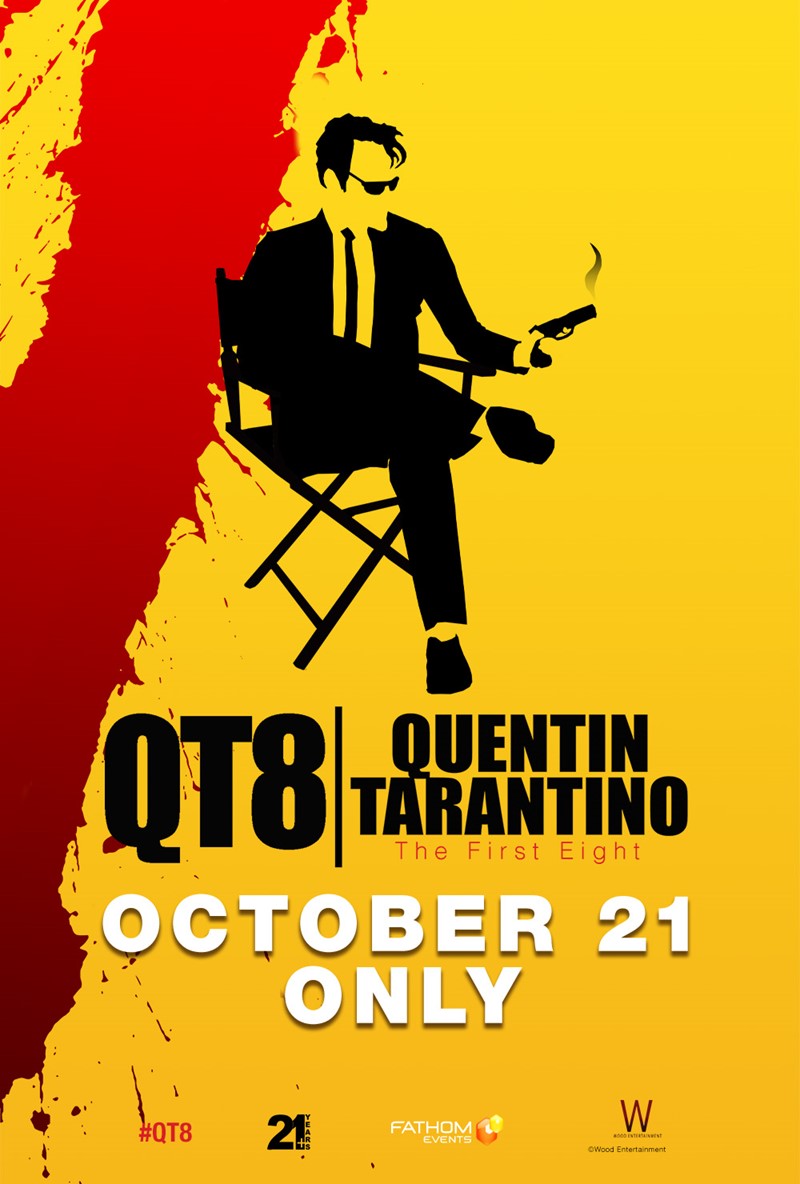 Click here to dive into our forums’ thread on this release (if you’re lucky the documentary’s director will read and also respond).