What does Terry Gilliam have to do with Reservoir Dogs? What was behind the red brick wall the graces the opening credits slow motion shot? How did they talk Stealers Wheel into letting Quentin Tarantino use Stuck in the Middle with you? How did a car mechanic end up epitomizing the role of the psycho killer gangster Mr Blonde? How did Quentin almost beat up Lawrence Tierney?

The December 2017 Reservoir Dogs 25th anniversary special issue of Empire Magazine (preview) provides answers. Nick de Semlyen, Chris Hewitt and wisest of all movie journalists Damon Wise went out and interviewed some of the folks involved in getting Quentin’s breakthrough success made. Fans will know some or most of the stories, but even for an old veteran like myself, the piece has some nuggets to offer. 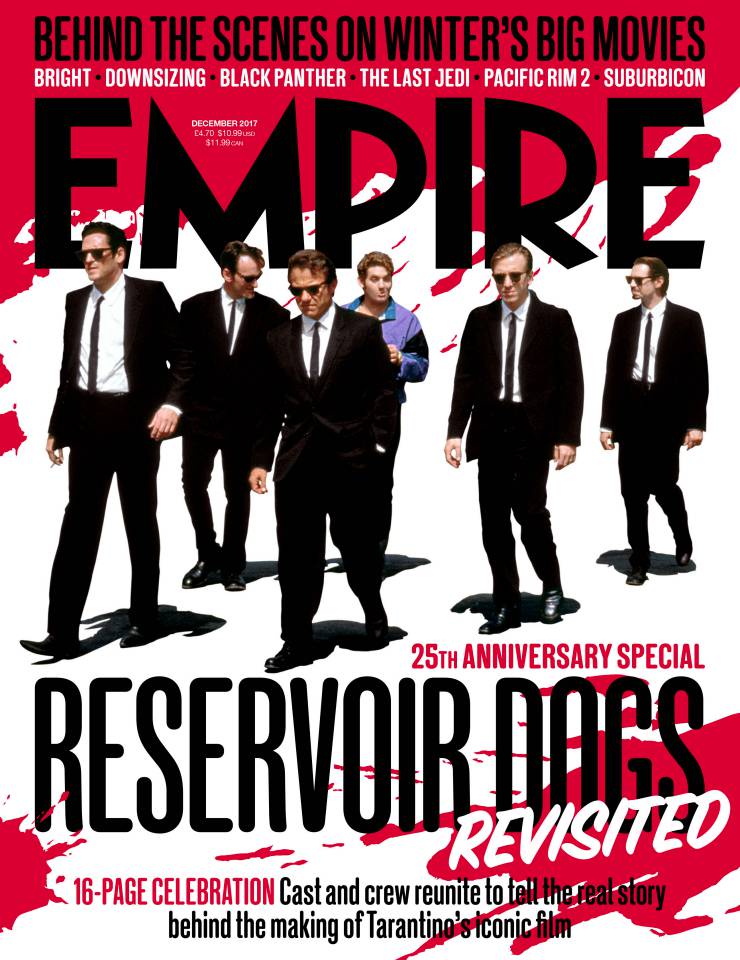 The special consists of an eight page title story with pictures from the movie, plus a whole bunch of interview quotes and an interesting point of view from director Ben Wheatley, whose recent Free Fire was about as Tarantinoesque as you could expect (I liked it a lot, if you haven’t seen it yet, you should get it on BluRay).

Then there’s a four-pager with Michael Madsen also by Damon with some juicy quotes by Michael and some nice portrait shots. Quentin himself wasn’t available for this special because he was busy writing his latest movie at the time. Then there’s a four page photo album with quotes and some rare behind the scenes shots of Reservoir Dogs (one of them I think recently made the rounds online, possibly even posted by Empire I am not sure) by Linda Chen (still photographer on this, as well as Pulp Fiction, Get Shorty, etc.).

All in all this is a great special by the always great magazine. Personally I don’t read paper movie magazines much, but when I do, it’s usually 35mm or Empire. You can get this special for a few pounds at the Empire online store or at well-stocked news stands (try airports, they usually have decent selections of international mags, too).