This is how The Hateful Eight should arrive on BluRay 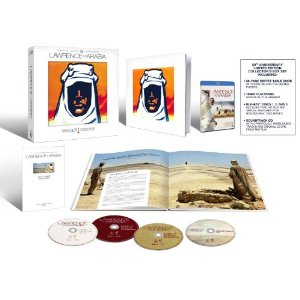 Aside from some notable exceptions, Quentin Tarantino‘s movies have never really received the amount of love and care on home video that most fans would hope. The Whole Bloody Affair isn’t available at all, his latest movies have only seen rather bare bones releases. The Tarantino XX box is a welcome remedy but is only a small step up if you’ve already bought the individual releases. So for The Hateful Eight, hopes are again high. The Hateful Eight started with a special Roadshow Version and was shot in a format not used in decades. It is meant to be a very special cinematic experience. We are of the opinion that such a movie should also be a very special experience when arriving in people’s living rooms. With a release date set for end of March for a regular home video release (see also), here’s what we think it should look like in the future.

For inspiration, we look to the 4-dsic anniversary release of Lawrence of Arabia, another 70mm release back in the old days. The 50th Anniversary Collector’s edition release consists of the restored version of the film, feature length interviews and documentaries, retrospectives and postcards, a coffee table book and a 70mm film frame as well as the soundtrack CD. Get it from Amazon.com here (Amazon.ca here) 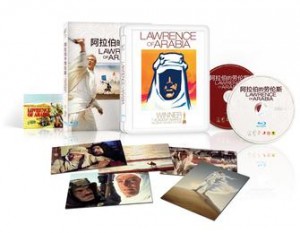 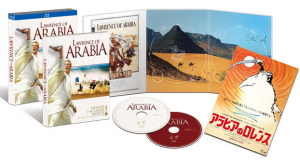 So for The Hateful Eight we think the prime collector’s package should consist of:

There could also be a non-collector’s package, consisting of

And of course a bare bones release, which could be made attractive if they came in cardboard sleeves or were fold-out digitpaks with artwork from the movie instead of any photoshopped cover art usually used for the Bestbuy crowds.

In the meantime, The Hateful Eight arrives on digital video, DVD and BluRay end of March (USA) and will contain the multiplex-length version of the film (not the Roadshow), but the 2.76:1 aspect ratio is preserved, and there will be extras such as the little featurette about 70mm narrated by Sam Jackson.

There is also a Target-exclusive edition (who ever started with that nonsense) that includes some extra content, pictured below: 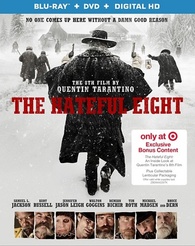