You probably noticed some of the feisty set leaks from Samuel L. Jackson some days ago (here and here), but reports that are coming in are, that (as announced by The Weinstein Company) the official start of principal photography is only today (or maybe Monday depending on how they’ll treat the weekend). The Hateful Eight starts shooting now in Telluride, Colorado, and along with that announcement comes another list of actors that make up the additional cast around those stars already known. After checking out below list, head over to Furious Cinema to read the Hateful Eight primer, a look behind the influences of the movies. 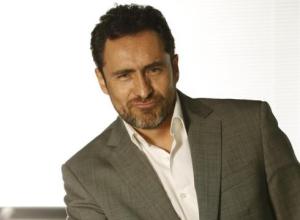 James Parks (who was also in Kill Bill)  and Zoe Bell (well, you certainly know her!) have joined the film, as well as a whole bunch of folks from Django Unchained, they are Dana Gourrier (who played Calvin Candie’s chef), Keith Jefferson (played one of the slaves), Lee Horsley (who played Sheriff Gus, the guy with the birthday cake), Craig Stark (not sure, he might have been the guy who got lots of bullets while already down) and Belinda Owino. Also on board is Gene Jones (he did not survive the coin toss in No Country for Old Men).

OK, now head over to Furious Cinema to read the Hateful Eight primer, a look behind the influences of the movies.