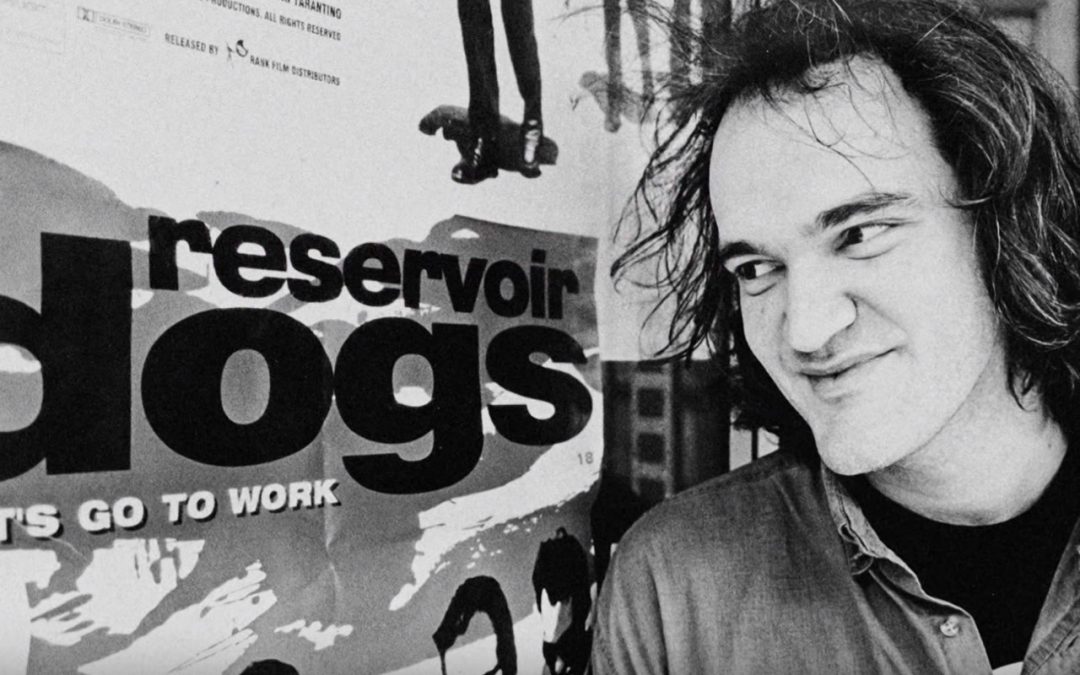 It’s almost surprising that the first true attempt at a documentary about Quentin Tarantino comes at at time where – according to the man himself – he is just one more movie away from retirement (at least from feature film directing). Surprising especially because his impact on Hollywood was so immense in his early years that tons of books were written about him before he even made Jackie Brown. It was a little later that this website (which is now 20 years old) got started, so obviously when reviewing a documentary about the subject of it, high expectations and wishful thinking might make for difficult review of a film like QT8 – The First Eight, Tara Wood‘s film about Quentin’s first eight stand-alone motion pictures. The project is certainly not, but it also never claims to be, the ultimate deep-dive into Tarantino’s life and work. Those expecting investigative journalism or, for example, a behind-the-scenes diary (like the fantastic Full Tilt Boogie), might be disappointed.To those likely overly critical like myself, the few who are overly familiar with QT’s work, or who consider themselves fans or experts, it might not quite be the documentary of our dreams. However, having said that, it’s both captivating and informative (which it definitely is for the general audience) and therefore well worth seeing. So let’s take a closer look.

QT8 – Quentin Tarantino: The First Eight clocks at 100 minutes, which is a (relatively) concise treatment of the time-span (first eight big motion pictures by Quentin Tarantino, nothing less). Director Tara Wood, who released a similar project on Richard Linklater in 2014, had to fight to get this film out of the post-Weinstein bankruptcy mess (TWC had the rights). She succeeded, presumably also because the project had QT’s blessing. It also means however, that the documentary would come out only after Once Upon a Time… in Hollywood, with QT’s film count having reached 9 (Once… being Quentin’s first post-Weinstein endeavor). It puts the film in a great position of being able to look back and enjoy current attention to Tarantino’s work.

The film’s main ingredient are new interviews (and some scenes from the films or from the makings-of) in a rough chapter outline (tracing his career from Reservoir Dogs to The Hateful Eight), for example with Christoph Waltz or Eli Roth. Not everyone who’d be interesting to hear from however, wanted to or could chime in, the film thus features only a  small number of people in the interviews. Among them is one film critic, two producers a few actors and actresses. Many people don’t show up, to the likely chagrin of fans – no Mary Ramos, Fred Raskin or Bob Richardson for example, or other contributors or friends, from Laurence Bender to Robert Rodriguez. with Scott Spiegel being a welcome exception.

In its about 100 minutes of interviews, the film can’t possibly look at every aspect of Tarantino’s work – it therefore focuses on his eight main feature motion pictures. It might feel like a hurried overview to some (including myself), with lots of aspects that might have been really interesting set aside, but that’s more of an artistic choice and result of the project’s focus. Some things are found on the outtakes section of the BluRay (e.g on Four Rooms there’s an extended interview), a lot of things are barely mentioned, such as some aspects of the early phase of his career (True Romance, and the relationship with Oliver Stone, or Roger Avary, for example) or Tarantino’s life outside cinema (his mum gets some mentions, but the film is thin on biographical detail), or aspects of the making of and impact of his work, their reception and criticism, his use of music, his influences or side projects (for example as TV director on CSI, guest appearance on Alias, etc.).

What QT8 does really well is giving plenty of room to contemporaries for them speak about the director, which, in many cases, is lots of praise understandably, but also yields a richness of anecdotes and – as in the topic of Weinstein – a hint of reflection. And QT8 knows how to entertain, it feels fluid with skillful pacing, the interviews are fun and they all enjoy going back to these experiences, whether it is Richard Gladstein, Michael Madsen or Bruce Dern. As such the documentary is a great addition to other information sources for fans and newcomers alike. To those not deeply familiar with Tarantino it will paint a rich and enthusiastic picture, possibly creating an appetite to learn more (through books, or to watch all his movies). To those very familiar with Tarantino it will appear to be scratching the surface in many respects, being the more long-form interview featurette that it is rather than a scholarly investigation, but it will still be enlightening and entertaining and worth your while.

To get back to my initial thoughts about expectations: there is a lot of things QT8 isn’t that one might have wished for when hearing about the project, which will bring some disappointment. Let’s not forget however, that so far there has never been a Tarantino documentary of that caliber, or with that degree of candidness. In that respect, it’s a milestone. It’s not a deep dive, you can read a good book (here are a few ideas) and check out extra materials on various BluRays (check out those on the Tarantino XX box set) to get closer to that in order to explore some of the aforementioned gaps of the documentary – and I recommend to definitely watch the extended material on the disc (see below). But it’s still a one-of-a-kind look at his work through the eyes of many big names close to Quentin. Tarantino gave his blessing to Wood’s project, but stayed away from it to keep out bias (which is a good thing). A few weeks back he introduced a screening of it, so he’s obviously happy with it, and so should fans. 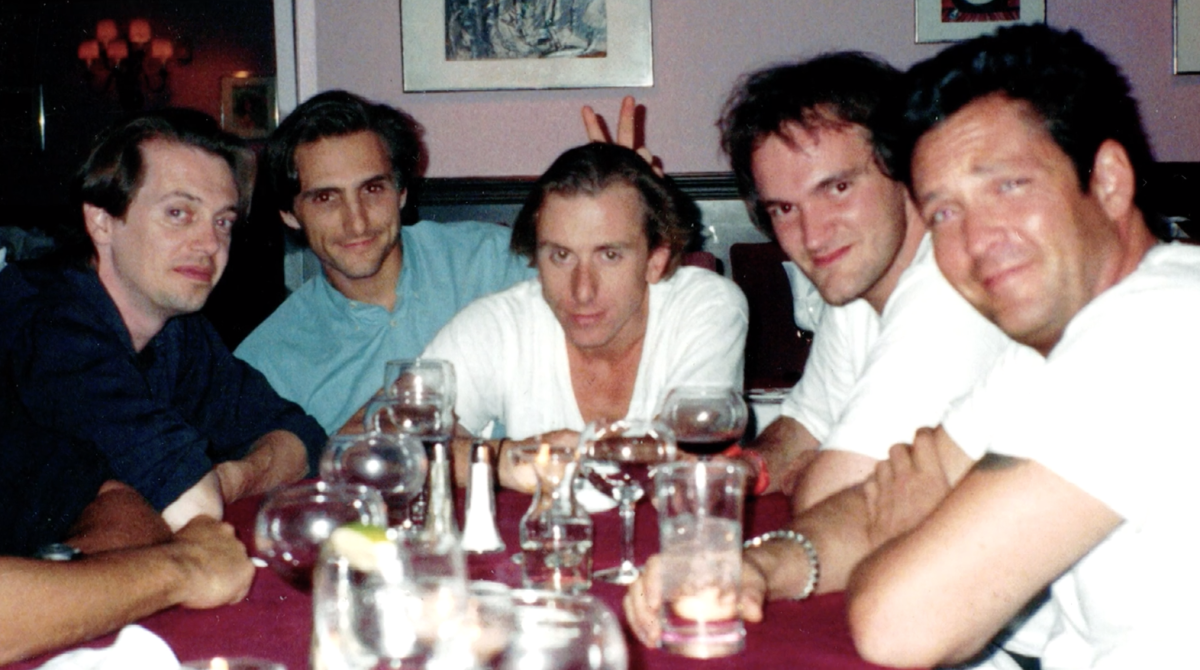 In the U.S., QT8 came out in early December as a digital/streaming version. It came out shortly after on home video in the UK and is now coming out in Germany as well (BluRay, DVD and digital/streaming). As far as we know, there’s not been an announcement of a physical medium release in the U.S. The disc (the German release, the others are or will be rather similar) comes with a handful of extended or unused interview segments:

“A VHS tape for Robert” (4:20) offers more chat with Robert Forster, who unfortunately passed away not too long ago. “Who’s gonna be Bill?” (3:20) deals with the question, who was considered to play Bill originally (Warren Beatty). “The walking IMDb” (2:30) scratches the surface of QT’s extensive movie knowledge (and repeats the claim, long since strongly disputed by QT himself, he had amassed this knowledge while working at Video Archives – he has gone on record many times stating that in fact his movie knowledge is the reason he was hired there in the first place). “Four Rooms” (4:00) covers his filmic vocabulary and “Meeting QT” (14:30) gives more room for contemporaries to tell the story of how they met QT for the first time. The German disc also has trailers and spots for the movie. 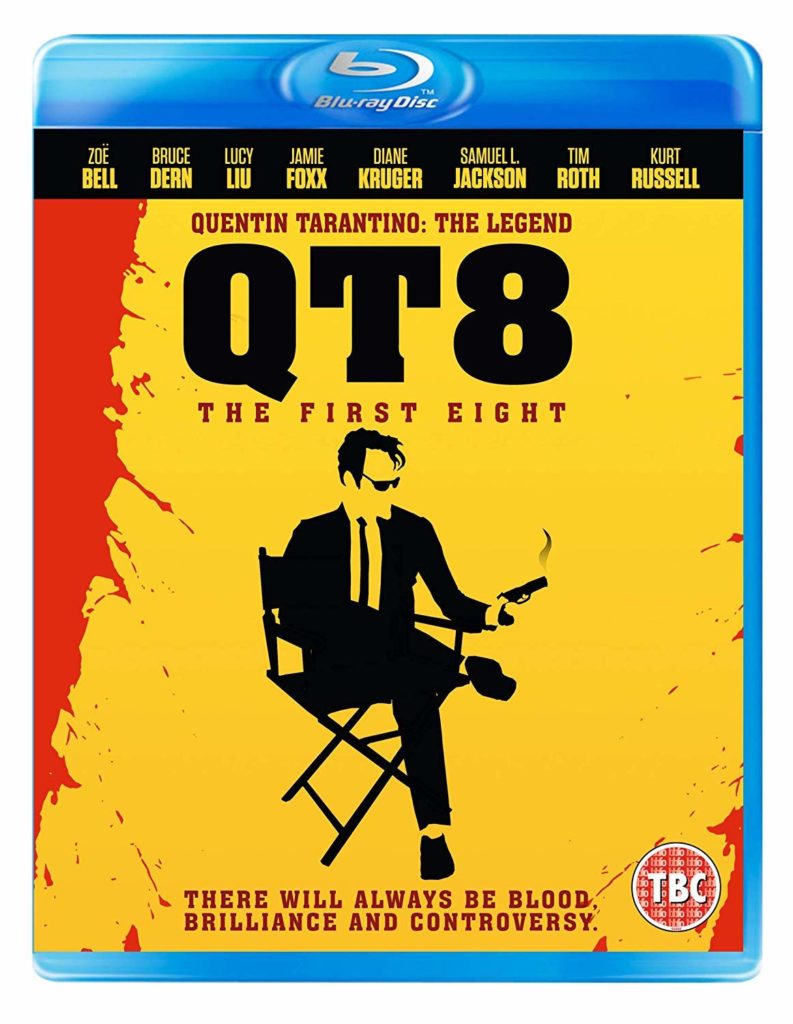 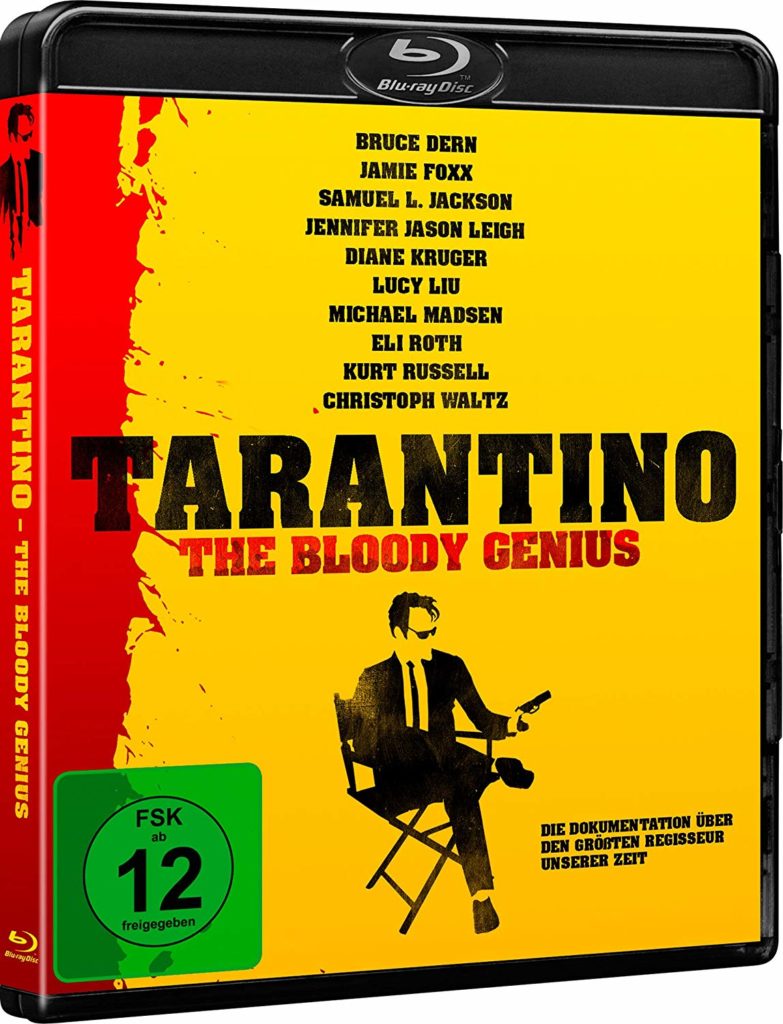 This text is based on a translation of  my BluRay review in German.