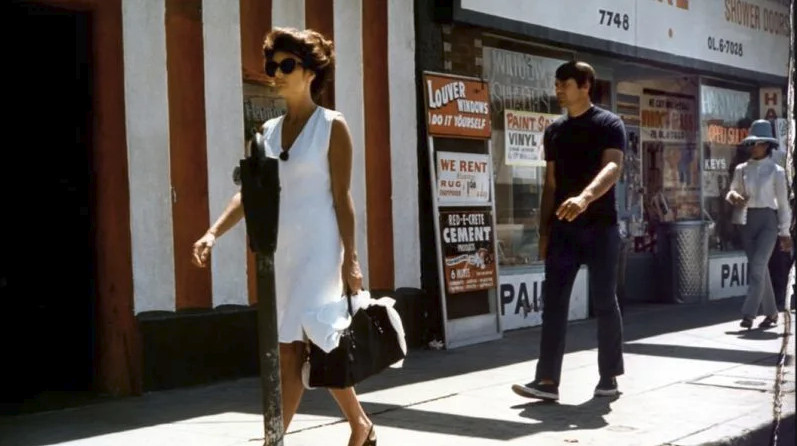 The 10 films from the Columbia Pictures library will air over consecutive nights from July 21 (that’s tomorrow) to 25th  in more than 80 territories worldwide (20 of them via regional broadcasters, such as SBS in Australia, Bell in Canada, OCS in France, Rai in Italy, The Cinema in Japan and SKY in New Zealand) beginning about one week before Sony’s USA July 26 theatrical release of Once Upon a Time in… Hollywood in each market (i.e. with some delay, e.g. Germany gets it starting August 6 on AXN). Interstitial segments featuring specially created conversations between Tarantino and film writer and historian Kim Morgan will accompany each film, along with a first look at scenes from Once Upon a Time in… Hollywood.

Let’s have a closer look at the films in the series, shall we: 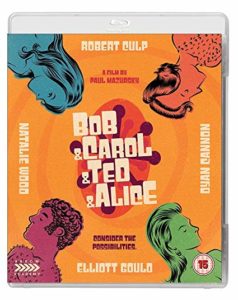 1. Bob & Carol & Ted & Alice (1969; director: Paul Mazursky) is a comedy starring Robert Culp, Natalie Wood, Elliot Gould. It was a critical as well as commercial success for Mazursky. The soundtrack was composed by Quincy Jones. Lucky for movie fans, the movie is out on BluRay disc in the UK (Amazon.com, Amazon.co.uk). 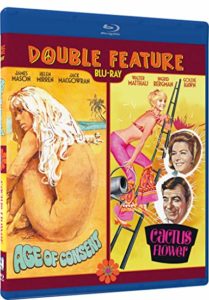 2. Cactus Flower (1969; director: Gene Saks) is a successful comedy starring Walter Matthau (Charlie Varrick), Ingrid Bergman and Goldie Hawn (who won an Oscar for supporting actress in her performance). It also boasts an original soundtrack by Quincy Jones. There’s several remakes of this film, one of them starring Adam Sandler and Jennifer Aniston under the title Just Go With It. Click here to get Cactus Flower on a BluRay (Amazon.com) along with Age of Consent, the disc came out last October (Amazon UK).
3. Easy Rider (1969; director: Dennis Hopper). There’s not much left to say about this seminal moment in motion picture history. We recommend checking out a recent article at Cinephilia and Beyond, and there’s more than one at our sister site Furious Cinema. Easy Rider is available on BluRay everywhere, e.g. at Amazon.com (even from Criterion), Amazon UK or Amazon.de, and if you need more, there’s a book by Peter Biskind called Easy Riders, Raging Bulls (which was also turned into a documentary that came with some editions of the film on home video) on Amazon.com or Amazon UK. I recently rewatched the movie and it still has that same effect on me. It’s a troubling yet intimate  snapshot of the era. 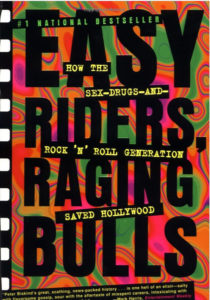 4. Model Shop (1969; director: Jacques Demy) is a French spy movie, and the first English-language feature by the director, weaving together narratives from his previous works such as Lola. It is the picture heading this article. It stars Gary Lockwood (who also stars in excellent caper flick They Came To Rob Las Vegas, a favorite of mine, as poster of which can be seen in Tarantino’s latest, but it is in fact not a movie that came out in ’69), Anouk Aimee and Alexandra Hay. There’s an out-of-print Twilight Time BluRay of this one (see Amazon.com)
5. Battle of the Coral Sea (1959; director: Paul Wendkos) is a war movie starring Cliff Robertson, Gia Scala and LQ Jones. Wendkos by the way made a whole bunch of movies for Columbia, including two westerns shot in Spain, Guns of the Magnificent Seven and Cannon for Cordoba. The movie can be found on DVD in the UK (Amazon). 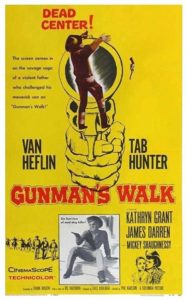 6. Getting Straight (1970; director: Richard Rush) is a rather successful comedy starring Elliot Gould, Candice Bergen and also Harrison Ford. It is among the movies of the time dealing with (student) protest movements, other examples of that are of course Zabriskie Point or The Strawberry Statement. Rush made such movies as Psych-Out and the Oscar-winning The Stunt Man.
7. The Wrecking Crew (1968; director: Phil Karlson). You’ve seen a theater marquee and a poster for the 1968 spy comedy starring Dean Martin, Elke Sommer and Sharon Tate in the trailer for Once… and there’s already a glimpse of Sharon played by Margot Robbie attending a screening of it in the trailer. There’s a scene in the film where she has to fight, and Bruce Lee was the one training with her for it.
8. Hammerhead (1968; director: David Miller) is a British spy thriller starring Vince Edwards.
9. Gunman’s Walk (1958; director: Phil Karlson) is a western starring Van Heflin and Tab Hunter. Especially Hunter is an actor that like several other of his contemporaries, never made the big break after the 50s and stands as a model for the Rick Dalton character. In the podcast (see link below), Tarantino goes into some detail on Tab Hunter. The movie is available on a really good BluRay in Germany (Amazon.de, Amazon UK, Amazon.com)
10. Arizona Raiders (1965; director: William Witney) is a western starring Audie Murphy. Witney is a particular favorite of QT’s. It’s available on DVD.

“Sony Pictures made their Columbia Pictures catalog available to me so that I could select a series of films representative of the era in which Once Upon a Time in Hollywood is set, The Swinging Sixties. I’m thrilled to host these movies so we can enjoy them together.”

“Quentin Tarantino’s Once Upon a Time in Hollywood promises to be a cinematic event. We’re excited to support it and bring these fantastic films from the studio’s historic library to SPT’s network audiences around the world.”

That’s why we love Quentin Tarantino. Taking his movies seriously and taking some time to dive deeper will eventually turn you into a knowledgeable cineast! Along with that notorious 3h Episode of the Pure Cinema Podcast, this already preps you rather well for the movie. In addition, check out our growing references guide for the film, read FC’s article on 1969 and the primer, and you’re set. There’s also a new Making-Of article that is really interesting.