Seventeen years after it had been stolen, TMZ quotes police sources saying the vintage ’65 Chevrolet Malibu reappeared on the Oakland premises of a car thief that had been arrested for an unrelated matter. The signature car, featured in Pulp Fiction, was stolen outside Quentin Tarantino‘s house almost two decades ago and it disappeared without a trace. Fans recall the scene where John Travolta‘s Vincent Vega takes Uma Thurman‘s Mia Wallace to Jack Rabbit Slim‘s diner, and later in the movie, crashes the car through the front of his dealer’s house. TMZ reports the police were unable to contact Quentin. We believe Quentin will get a good laugh out of this, but I assume he has better things to do than reclaim this car, who knows what had happened to it over the years. Maybe QT should action it off for a good cause? What do you think?

Pulp Fiction is included in the Tarantino XX BluRay box set remastered in HD and it looks fabulous (read our review), so that’s one way to get a good look at this car. Doing some further research (and I am not a car buff), some say it was a Chevy Chevelle, not Malibu? This site says it was stolen in front of Mira Sorvino’s apartment 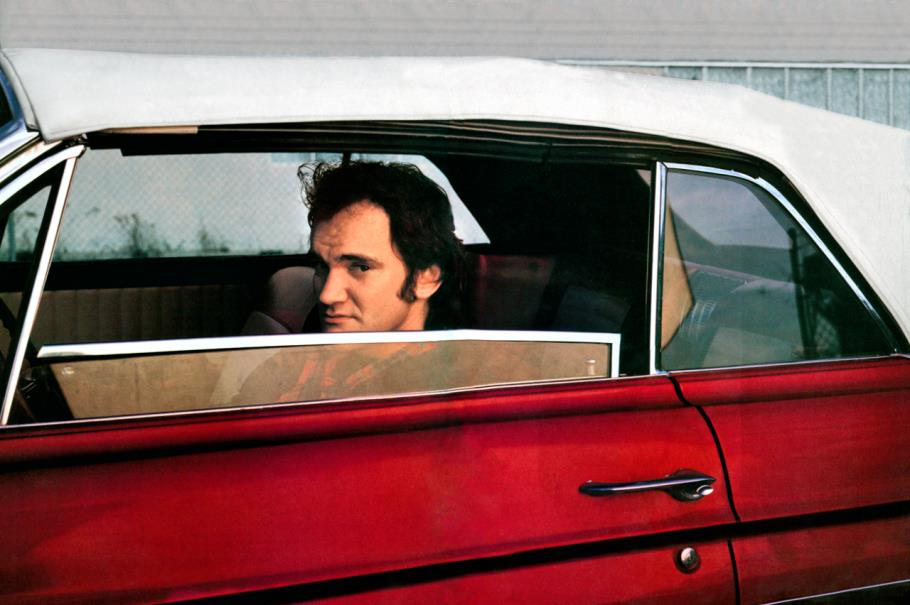