After a much-hyped nomination month, stars took to the red carpet last night for the Golden Globes, awarded by the Hollywood Foreign Press Association. Django Unchained was nominated in several categories, and as the Globes are sometimes considered a precursor to the Oscars, the mood was tense and hopeful. The Globes are a mainly TV event, and don’t drag on as much as the Academy Awards.

Without further ado, the first Globe went to Christoph Waltz for his supporting role (one might argue he was the star) in Django Unchained, a category in which he actually competed with Leonardo di Caprio. Further along in the awards show, Quentin Tarantino got to take home the Globe for best screenplay, the category that got him an Academy Award back in 1995 for Pulp Fiction. No further wins went to the Django team last night, but the Academy Awards are not so far away. 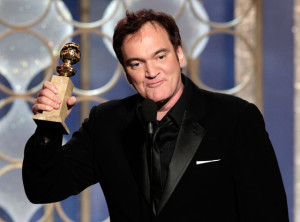