The verdict is in. Members of the Academy of Motion Picture Arts and Sciences (AMPAS) have cast their ballots in a – not altogether smooth (there had been glitches in the electronic voting process employed this year) – process over the last few weeks, and the nominations for the “Oscar” are in. Some of these do not come as a surprise, but there are some omissions – cruel as always. The Golden Globes will be awarded on Sunday, and Django Unchained received a number of BAFTA nominations yesterday (click here). Django Unchained (click here to read our review) received 5 nods:

Click here for the full list of nominations. We are bugged that Michael Riva, who passed away before the movie was finished, did not receive a nomination posthumously, neither did Sam Jackson for his outstandingly funny portrayal of Stephen, nor Leonardo diCaprio for his devilish Calvin Candie. 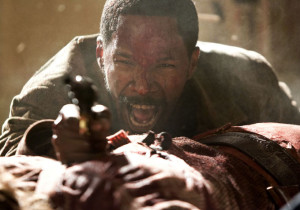