Tarantino presents: The RZA’s MAN WITH THE IRON FISTS

There was something in the bush the last few days, we even saw a leaked trailer preview, and there was rumors that The RZA‘s long-anticipated kung fu movie “The Man with the Iron Fists” would just be called “IronFists”, but here we go, there is a super official and cool looking poster now and a trailer tonight to go with it (watch this space).

The RZA made this movie in Asia, together with Eli Roth as co-writer, starring Russel Crowe, Dave Batista, Lucy Liu, Rick Yune, Byron Mann and Pam Grier. It is slated to hit theaters October 26, 2012. Click here for a look at the poster at Furious Cinema.com

UPDATE: And here is the trailer 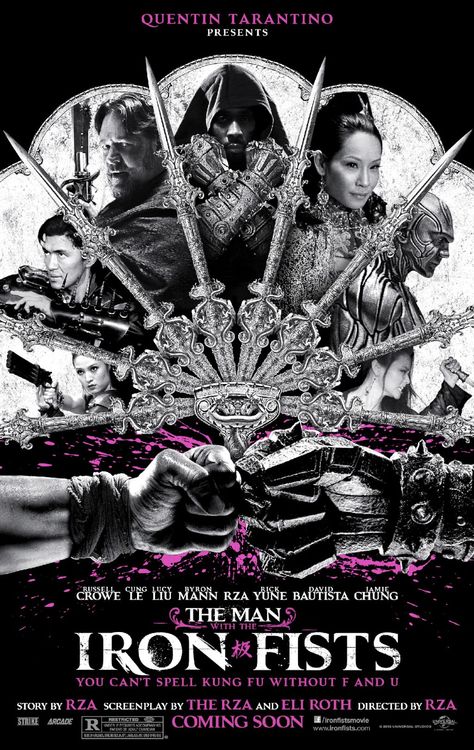