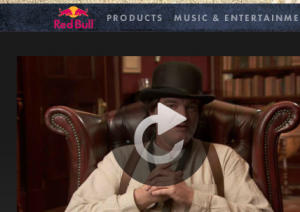 First, an official Red Bull Django Unchained website appeared (and a Tumblr site) where Quentin Tarantino, in a grizzly beard and a Bud Spencer hat, invited talents worldwide to participate in a contest to show their skills. The main prize: Meet Quentin at San Diego ComiCon, where Django Unchained will have quite a presence from what we’ve learned. Then, the official Django Unchained Twitter account posted something about big news this week. Now, that is not surprising, considering that a) Prometheus lands in theaters this friday and the trailer will reportedly be attached, and b) for said contest to begin on June 14, this week or week end would have been the most likely date for the trailer to surface anywho. So now, Entertainment Tonight, one of the entertainment “news” shows with quite a large reach on US television (for those of you who still watch television), has posted a preview of a trailer preview on their website, showing some very short scenes from the trailer. The whole thing will air Wednesday night, so don’t plan anything for that evening, the web will be on fire:

UPDATE: Entertainment Tonight shows its preview at 7.30pm EST on TV tonight (June 6) and Fandango.com will have the exclusive full trailer premiere online at the same time at www.fandango.com