But it goes to the Jewhunter. Christoph Walz continues his amazing series of awards and takes home the trophy. Basterds lost out in the director, movie and screenplay categories. We think Avatar should have only allowed to compete in the animated film category. Yes the lines are blurred as technology advances, but as impressive and entertaining Avatar was, with that amount of money and that technology, it’s pretty much not surprising or exceptional. There’s no category the movie can fairly compete. Inglourious Basterds versus Avatar, not a very even battle. Quentin Tarantino spoke to MTV about it at the awards, CLICK HERE to watch the interview (full story). Thompson on the upsets (click here) 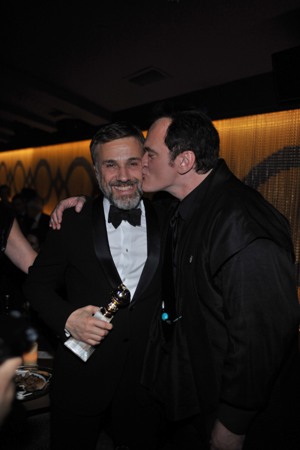