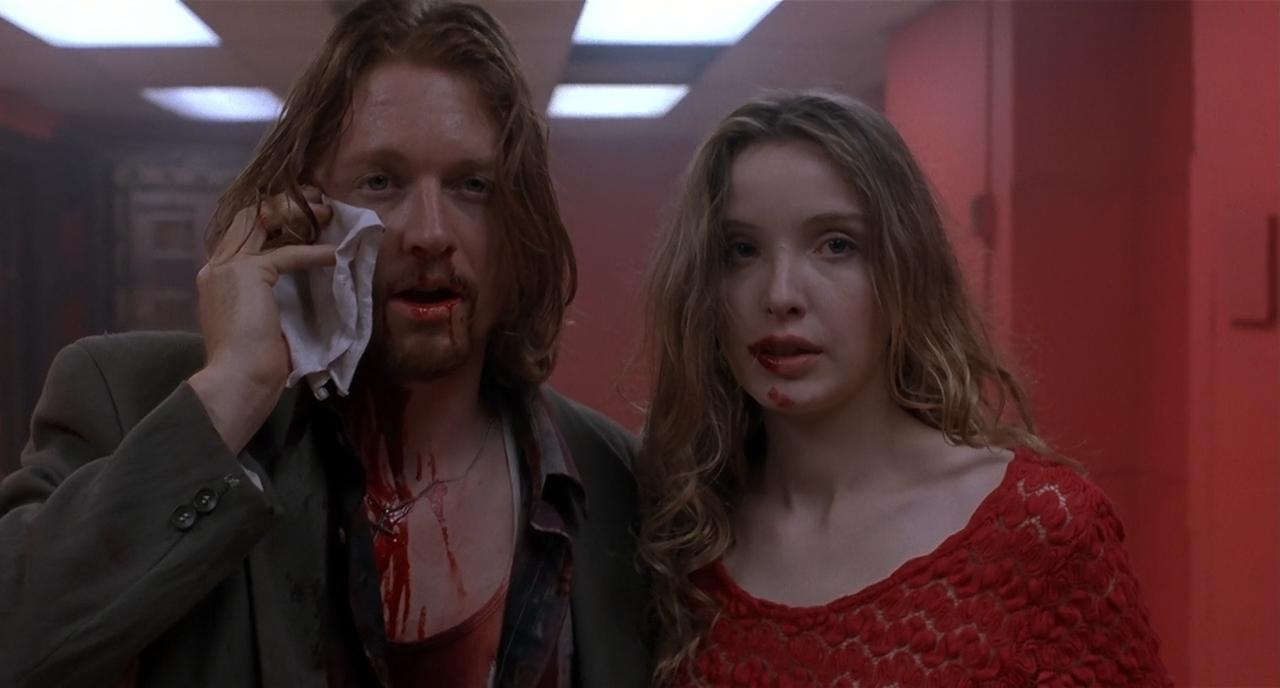 Yes we’re taking a short break from Inglourious Basterds news, to continue our little “Closing the gaps” series of little stories on episodes in Quentin Tarantino’s career that we wanna shed some retrospective light on. We’ll continue with those Basterds tomorrow. 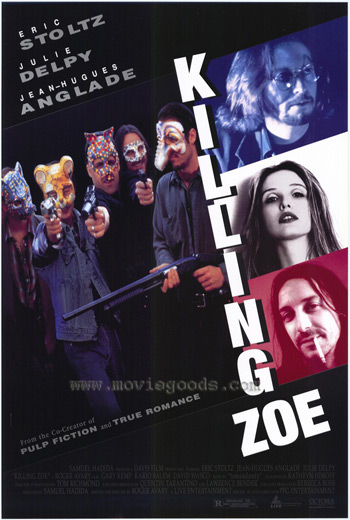 In those old post-Reservoir Dogs days, Pulp Fiction co-author Roger Avary set out to make a little bank caper flick that takes place in Paris. Lawrence Bender found a great location for Reservoir Dogs that was never used – a bank, which would eventually end up to be the showdown location for Killing Zoe. The film takes place in Paris (but was mainly shot in Los Angeles, where the bank set was, as well), and large chunks of it are completely in french. Not only does that give the movie a tremendous arthouse-ey touch, it also makes it sort of exotic and sets it apart from all the Boondock Saints of this world. Tarantino co-produced this one and if you watch the credits, you’ll see all sorts of household QT-universe names, hell the movie even features the anecdote-telling cop from Reservoir Dogs (remember “the commode story”?), and the great Eric Stoltz. On a sidenote, Ron Jeremy gets shot in this film! Why am I writing all this? Just finished re-watching this after not having seen it in, gosh it must have been a good ten years, and this time I watched the Director’s Cut (which is only available in France, minus subtitles, but I had an interpreter with me). I can’t really tell the difference after all this years, but it certainly grew on me. Truth be told I’m not so sure about all these drug scenes, and I feel like the movie started out so great with Eric and Julie Delpy but that never really became much part of the movie, but both episodes set up the stage for this terribly-gone-wrong heist in a way that not only can you sense what’s gonna happen, but it also adds a nice dramatic note to it, I really enjoyed that. Roger Avary‘s career has taken a different turn, and from what I’ve heard the man had some tough times recently, but I hear he’s writing on something new also (an adaptation of the Castle Wolfenstein videogame or something, which is by the way a marketing partner of Inglourious Basterds, so here we go, this ain’t so Basterds-free after all) and I always thought he did a great job with some really intense movies. I enjoyed rewatching this and in case this is one of those you’ve skipped or haven’t seen in a while: check out our Killing Zoe section with a DVD overview, some posters and trivia. Feel free to send in your reviews and thoughts, we’ll publish it all! There’s also a french review, if you’re Landa-good with languages :)