Everyone’s least favorite TV show Entertainment Tonight is showing some previews of a Vanity Fair photo shoot with the Inglourious Basterds cast and director. The photos are supposedly going to be in the upcoming May issue of Vanity Fair, so make sure you pick that up to get a better look at glossy pictures. Here’s two screenshots from ETOnline’s promo video. Thanks to the always reliable Rama’s Screen for the heads up. 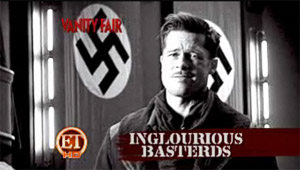 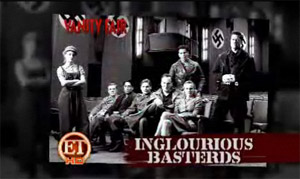