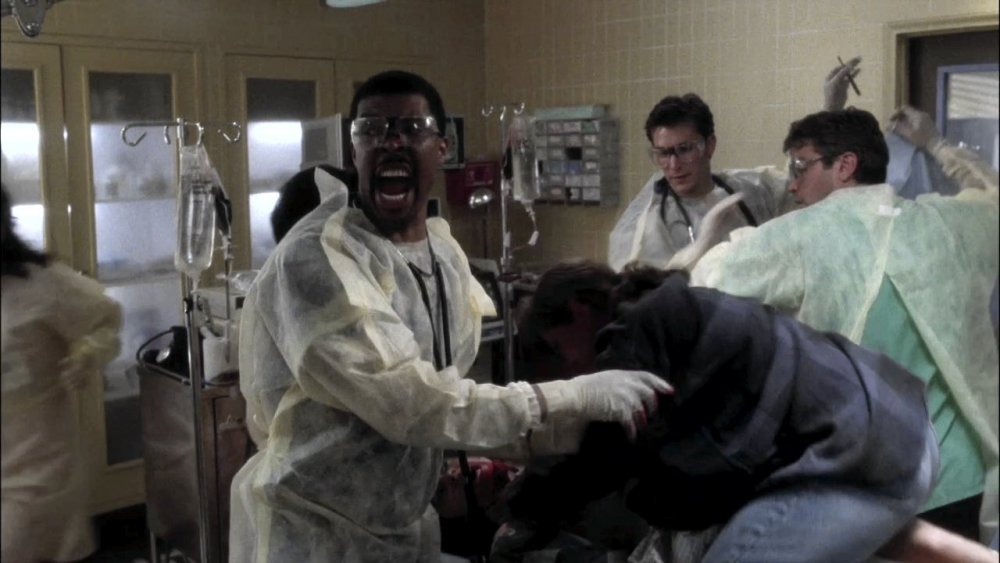 We all know perfectly well how it starts. There’s usually someone being hauled into the ER, bleeding like a stuck pig, and somebody running round in shock telling the doctors what happened, while a bunch of guys in green srubs yell medical terms at nameless extras. At the same time, you have some pediatrician trying to patch up his life and some kid simultaneously, while some intrigue among the hospital’s leadership is cooking up and someone somewhere screwed up big time, and is scared shitless to lose this underpaid overworked job in a place that saves lives but goes unnoticed in the pulsating city that is Chicago. That’s Emergency Room, the most successful medical TV show on earth.

Guest directors are an old story in the TV show business, and in 1995 Mr Quentin Tarantino, fresh off the success of Pulp Fiction, jumped into the director’s chair on this one, directing an honestly magnificent episode of this show with the title “Motherhood“.  The episode boasts the usual intertwined stories of bleeding gangsters, relationship trouble, family drama, pregnancies, drug abuse and forbidden love. What makes this episode so interesting to Tarantino fans, be they ER fans at the same time or not, are all the QT trademarks that one can spot through the episode. We have compiled a short, maybe not complete, list of those on our ER page in The Archives. Tarantino would return to guest directing about 11 years later with CSI. I’m sure it won’t be the last time.

Click here to read Episode #1 of “Closing the Gaps”. Next time we’ll take a look at Tarantino’s cameo in The Golden Girls.